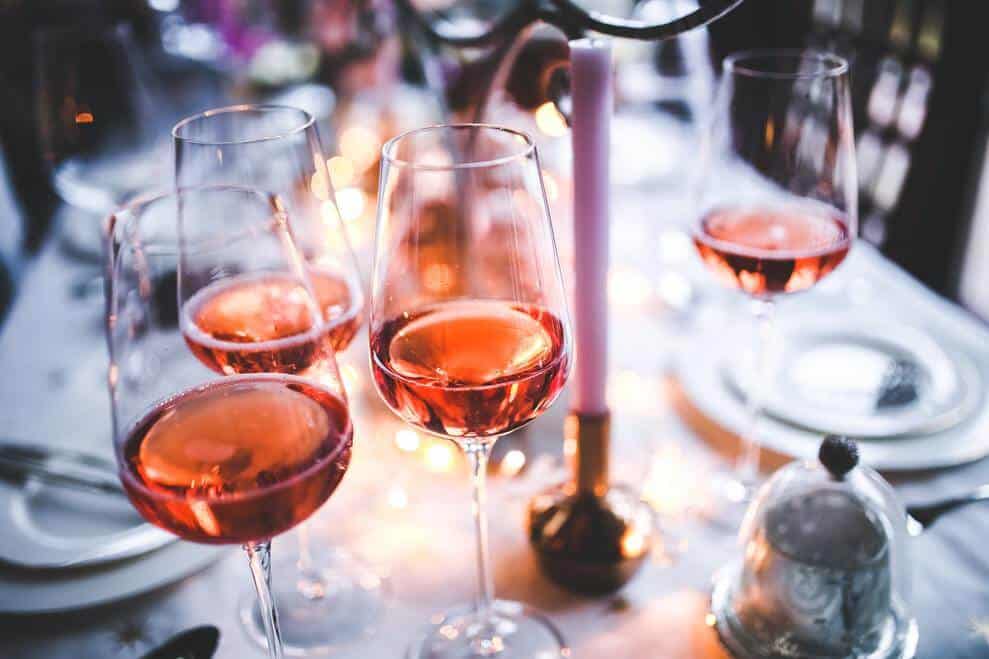 Among youths and adolescents, there’s a worrying trend of mixing alcohol with energy drinks. This destructive combination masks the effects of intoxication, making them feel less tired and giving them more stamina to stay out late and continue drinking.

This leads to an important question: are energy drinks free from any alcohol content?

Bang energy drinks are quite popular in the market and are often seen in supermarkets, stores and vending machines.

Are Bang energy drinks really just made of caffeine and other non-alcoholic ingredients?

If you just want the short answer, the answer is that there isn’t any alcohol in Bang.

If we want to know whether Bang energy drinks contain any traces of alcohol, we’ll have to take a look at the ingredients.

Every 16 fl.oz can of Bang energy drink contains the following:

A can of Bang energy drink also contains trace amounts of:

Clearly, from this list we see that there aren’t any traces of alcohol in Bang energy drinks. So, if you’re worried that you’re consuming alcohol whenever you drink a can of Bang, there’s no need to anymore.

I won’t deny that there used to be alcoholic energy drinks in the market but they’ve been discontinued so far.

What’s the difference between Bang energy drinks and alcoholic drinks?

Where do I start?

Energy drinks in general have always been different from alcoholic drinks, with the exception of a few cases.

One of the key differences is the presence of 300mg of caffeine in Bang energy drinks. Alcoholic beverages usually don’t contain caffeine, but are mainly made out of ethanol instead.

Ethanol is a type of alcohol produced after grains, fruits or other sources of sugar go through a process called fermentation. Potent spirits like gin, rum, vodka and brandy are created by distilling from wine, beer and other fermented brews.

What do energy drinks do?

Energy drinks are typically consumed to boost energy levels and increase mental capabilities. In Bang energy drinks, caffeine is the main ingredient that supplies your body with energy, reduces fatigue and enhances your brain functions.

Caffeine is popular for being the perfect stimulant that can jolt you awake. That’s the main reason we grab a cup of coffee first thing in the morning.

The way caffeine works is by hindering sleep-regulating molecules called adenosine from doing their job, which is why you feel more alert after drinking anything caffeinated.

Caffeine affects your brain and causes it to release adrenaline. This is the reason your heart beats faster and you feel excited after ingesting caffeine. Caffeine also triggers the release of dopamine and serotonin; brain chemicals that are responsible for our emotions and cognitive functions.

There are several studies which have proven that caffeine can prevent tiredness and increase energy levels. One study conducted on 24 volunteers discovered that energy drink consumption could reduce symptoms of sleepiness and enhance driving performance during prolonged driving.

But as much as caffeine is beneficial, it can be harmful to your health if taken in large, uncontrollable doses. It’s highly advisable that adults consume no more than 400mg of caffeine in a day.

What does alcohol do?

On the other hand, alcohol is a depressant that makes you sleepy and impairs your judgement. Unlike caffeine, alcohol makes you less alert and rational, but most people consume it for its stimulating effects.

For the most part, alcohol has profound effects on the brain. Alcohol creates interferences in the brain’s communication pathways, causing changes in behaviour and mood.

This leads to the loss of coordination and influences the ability to think rationally.

In moderate quantities, alcohol can be beneficial to you in many ways.

It’s only when you constantly drink too much of it or are unable to control your alcohol consumption that it becomes highly addictive and dangerous to your health.

However, just because you consume alcohol in moderate amounts doesn’t mean you’re not exposed to other health risks. It depends on the individual, age, family background, state of health and other factors.

Can you mix Bang energy drinks with alcohol?

No, you should never mix Bang or any other energy drinks with alcohol. Mixing energy drinks and alcohol is a current trend among the youths, but I believe that it shouldn’t be practised in the first place.

A combination of Bang and alcohol would make you feel alert and less drunk, though in reality the effects of alcohol are simply masked by the caffeine. This increases the likelihood of consuming more alcohol than you’d usually do.

This’ll lead you to commit risky behaviours like binge drinking, drunk driving and getting into fights.

Side effects of mixing energy drinks with alcohol

The CDC has cautioned against mixing energy drinks with alcohol as it can lead to undesirable consequences.

Caffeine is a stimulant and its main function is to supply you with energy when you’re feeling sleepy. Meanwhile, alcohol is a depressant that can make you drowsy and impair your judgement.

When combined together, the energising effects of caffeine ends up masking the sedating effects of alcohol. This combination causes a dangerous state of intoxication called being ‘wide awake drunk’.

In this state, you’ll underestimate how intoxicated you are and you’ll be more likely to stay out longer, continuing to drink. This could lead to a higher risk of engaging in hazardous drinking practices and impulsive behaviors.

A survey conducted among college students in 2006 reported that almost one quarter of the students mixed their alcohol with energy drinks.

The survey also discovered that students who consumed alcohol mixed with energy drinks were more likely to binge drink and get involved in alcohol-related incidents, including sexual harassment, alcohol-impaired driving and getting physical injuries.

Besides, those who consumed alcohol mixed with energy drinks were also reported to have a higher tendency to end up in the hospital. This is mostly caused by their engagement in many reckless impulses while being ‘wide awake drunk’.

I truly believe it is always unwise to mix alcohol with energy drinks regardless of how trendy and easy it might seem. For your own safety and health, my advice to you is to stick to regular energy drinks and alcohol, keeping them separate from each other.

Many current energy drinks in the market don’t contain any alcohol. A few years ago, alcoholic energy drinks were sold under brand names like Four Loko, Charge, Sparks and Torque.

These energy drinks were usually marketed as alcohol malt beverages. However, in 2010, the FDA told several manufacturers to pull back their alcoholic energy drinks from the market as these beverages were deemed unsafe.

Like Bang, Monster doesn’t contain any alcohol. What it does contain consists mainly of 179mg of caffeine and 54g of sugars.

If you’re ever concerned that Monster might contain alcohol, there’s no need for it as Monster doesn’t have a single milligram of it.

To read more about Monster energy drinks and the ingredients inside, take a look at this other article I’ve written.

Which is worse – energy drinks like Bang or alcohol?

It just boils down to how you use them. Keeping tabs on your caffeine intake will allow you to enjoy a great energy boost while enhancing physical and mental performances without experiencing unwanted adverse effects.

In the same way, when you control your drinking, you get to reap the health benefits alcohol can provide.

Energy drinks and alcohol shouldn’t need to be an essential part of your life. Practising a healthy diet, including drinking water, and keeping yourself in shape through exercise is a better way to stay healthy.

Hence, the answer to our questions is clear: Bang energy drinks DO NOT contain any traces of alcohol. It’s important that you steer clear of mixing alcohol with energy drinks, no matter how curious you are.

Trust me, it’s not worth it.

link to Is Rockstar Energy Drink Bad For You? (Revealed)

Everyone wants to feel like a rock star, and what better way than with a can of Rockstar Energy Drink? Advertised to be designed for those with active...

Continue Reading
link to How Much Creatine Are In Bang Energy Drinks? (proven)

I think everyone is familiar with Bang energy drinks. This brand of energy drink is pretty popular in the market and can be spotted anywhere with its colorful packaging and notable tagline,...