Coca-Cola has launched the very first energy drink under the Coca-Cola brand.

The all new energy drink from Coca-Cola features caffeine from natural sources and lots of other ingredients, plus the familiar Coca-Cola taste.

Coca-Cola Energy is was initially only available in Europe, having first launched in Hungary and Spain in April of 2019.

In October 2019 it was announced that Coca-Cola energy drink would launch in the US in January 2020, which has now happened.

The launch in the United Stated includes two new flavors, exclusive to the US:

The classic Coke does contain caffeine, but not nearly as much as the energy drink version.

Additionally, Coca-Cola energy drink contains several other ingredients that you won’t find in a regular can of Coke.

What Flavors does Coca-Cola Energy have?

Coca-Cola energy only comes in the cola flavor that we are all familiar with, but in two different versions – regular and sugar-free.

The launch of Coca-Cola energy in the US also included rolling out two variations of Cherry flavor.

When it comes to flavors, Coca-Cola energy currently doesn’t have much to choose from, unlike many other energy drink brands.

However, keep in mind that this is a new energy drink, and most likely, The Coca-Cola Company is just testing the market before launching new flavors later on.

Each can of Coca-Cola Energy contains:

It also contains a small amount of:

This makes me wonder how effective Coca-Cola energy actually is in giving me an energy boost, since it only contains caffeine and sugar, but lacks taurine and a lot of the B vitamins that other energy drinks have.

If you’re interested to read more about the ingredients in energy drinks and what they do, you can check out my other article.

Coca-Cola Energy Drink Review – How does it compare?

The main differences are the Coca-Cola energy doesn’t contain taurine and that it has far fewer B group vitamins than most energy drinks.

Coca-Cola Energy contains 80mg of caffeine per 8.4 fl.oz which is the same as Red Bull.

They both have the same caffeine content and almost the same sugar content. It seems like Coca-Cola energy is trying to imitate certain aspects that are obviously working well for Red Bull and compete directly with them in the energy drink category.

However, one significant difference between the two brands is taste. They each taste very different.

However, the $1.30 price tag was in Hungary, Europe. It was also during the initial launch of the product, so who knows what the price will actually be once it’s available in the rest of the world.

If the price remains the same at $1.30 per drink, Coca-Cola energy drink will be better value than Red Bull.

However, my guess is that the two drinks will eventually have very similar prices. 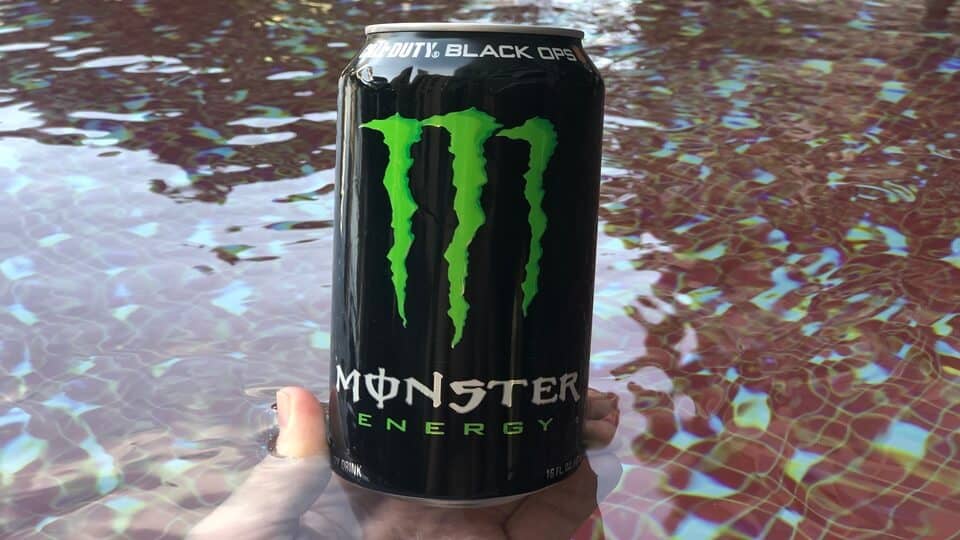 Depending on your tolerance, you might decide that more caffeine is not necessarily better. Try both and see which one works best for you.

Again, Monster has almost double the amount of sugar as Coca-Cola energy drink, but that’s because the can is almost twice the size. Per fluid ounce, they have a very similar amount of sugar.

Personally, both these drinks contain too much sugar for my liking.

However, if I were to choose between these two, I would go for Coca-Cola energy simply because it’s a smaller can, with less sugar in total.

$3.20 for an energy drink is quite expensive.

Monster energy is almost double the size, double the caffeine and double the sugar compared to Coca-Cola Energy, but it’s around 3 times the price.

If you buy two cans of Coca-Cola Energy is pretty much the same amount of liquid as a Monster, but only cost you $2.60, which is much cheaper.

When it comes to price, Coca-Cola energy is better value for money.

Again, that’s assuming that Coca-Cola energy costs $1.30, which may not be true in the future in all parts of the world.

Coca-Cola Energy contains 80mg of caffeine per 8.4 fl.oz, whereas Bang contains almost four times the amount of caffeine with 300mg per 16 fl.oz.

When it comes to the caffeine content, Bang energy absolutely pummels Coca-Cola energy – 300mg of caffeine versus 80mg.

However, personally I prefer my energy drinks to contain somewhere between 50mg and 100mg of caffeine per serve. I think Bang way overdoes it on the caffeine content.

Based on this, I would be far more likely to choose a can of Bang because I try to minimize my sugar intake as much as possible.

Before you go thinking that Bang energy is much healthier than Coca-Cola energy, keep in mind that Bang also contains artificial sweeteners.

Also, don’t forget that Coca-Cola energy has its own sugar-free version too.

If you’re interested to find out more about Bang and if it’s actually good for you, check out my other article.

Coca-Cola Energy costs about $1.30 per can, whereas Bang energy costs around $2.20 per can.

This really comes down to your preferences, because they are both relatively affordable. Bang is almost twice the price, but it’s also around twice the size.

I don’t have any problem with either of their prices, other than the fact that both of them are more expensive than my favorite energy drink.

Both of these drinks contain significantly less caffeine than the recommended maximum dosage of 400mg per day.

Neither drink is very high on the list of the world’s strongest energy drinks.

If you compare both drinks in terms of caffeine per fluid ounce, Coca-Cola energy has a higher caffeine content.

To me, both of these energy drinks provide a similar energy boost and they both contain a reasonable amount of caffeine.

I suggest you try both and see which you prefer.

20g of sugar for 16 fl.oz in a Mountain Dew Kickstart isn’t a lot compared to many other energy drinks.

Mountain Dew Kickstart seems much better if you’re keeping an eye on your sugar intake.

Both Coca-Cola energy and Mountain Dew Kickstart cost about the same.

However, if you were to compare the size of these energy drinks, Mountain Dew Kickstart seems like better value for money because the can is almost twice the size.

It’s a perfectly fine energy drink, but it didn’t blow me away in any way either.

Things that are keeping me from giving it a higher mark:

It’s also very early in the story of Coca-Cola energy drink. There may well be some changes in the future and the big unknown over the medium term is the price.

If the price remains around $1.30 per can, I will be likely to recommend it.

If the price increases to something similar to Red Bull (which I think it will), I will recommend people consider some other options before buying.

However, in my opinion, I get a better energy boost from REIZE.

REIZE contains many other ingredients to go along with the caffeine. Taurine, ginseng and B vitamins all work together, alongside the caffeine, to deliver the perfect energy boost, with no sugar crash.

A higher caffeine content doesn’t necessarily equal a stronger energy boost. I’ve certainly been disappointed by that assumption before.

When it comes to choosing which energy drink is best for you, it’s always better to go for the ones with less sugar in my opinion.

Energy drinks that contain lots of sugar can cause some serious health issues if you consume them in excess.

Also, the energy-boosting effects that energy drinks give you will eventually wear off. After a few hours, you may experience a sugar crash which is probably going to leave you more fatigued than you were beforehand.

In this regard, I think REIZE is better than Coca-Cola Energy.

However, remember that Coca-Cola energy does have a sugar-free option too.

At $1 per drink, REIZE might just be the most affordable energy drink on the market.

Unlike your traditional ready-to-drink energy drinks, such as Coca-Cola Energy, REIZE comes in powdered form. You can mix the powder with water or almost any beverage of your choice and… Voila!

Instant energy whenever you need it.

REIZE is a lot more versatile than a lot of the other well-known energy drink brands.

With REIZE, you have the flexibility to choose a monthly deliveries or one-time purchases to cater to your energy needs.

REIZE ships right to your door for around $1 per drink, making it VERY affordable.

If you’ve never tried REIZE before, what are you waiting for?