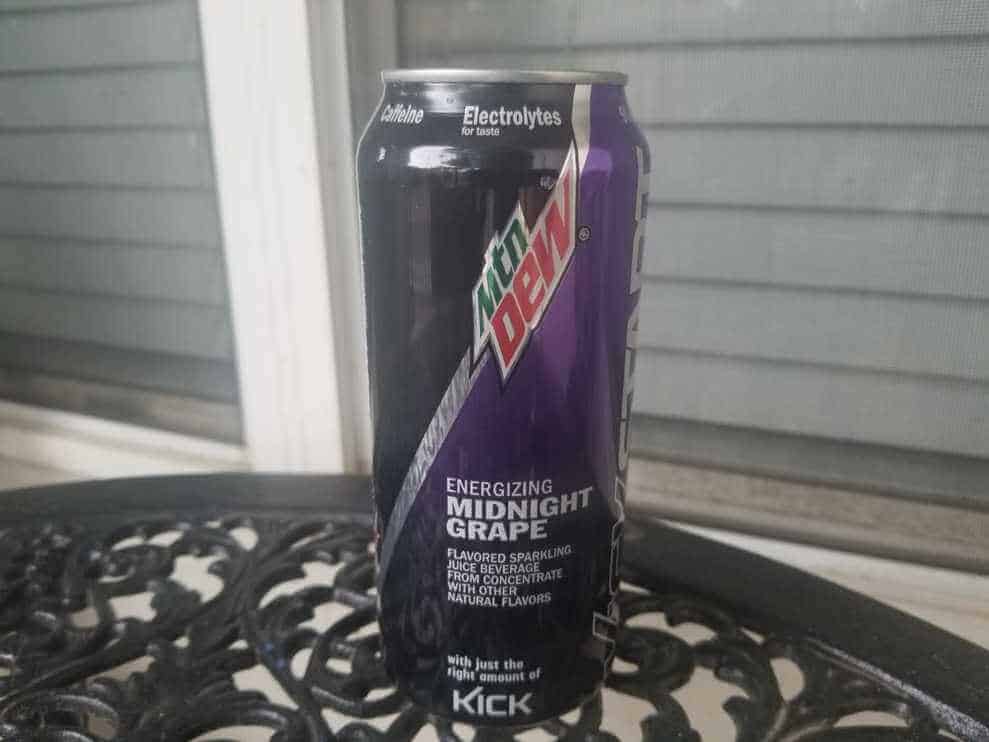 Mountain Dew Kickstart may have a nostalgic taste that reminds you of your favorite soda. They are after all manufactured by the same company.

For a more detailed analysis on whether Mountain Dew Kickstart is suitable for a vegan diet or not, stick around for a deep dive into the ingredients and how they may affect you if you’re following a specific diet.

Here’s a quick list of the ingredients in Mountain Dew Kickstart, with a more in-depth discussion below:

Are The Ingredients In Mountain Dew Kickstart Vegan?

While the ingredients in Mountain Dew Kickstart may be vegan, according to PETA’s animal-derived ingredients list, there are several ingredients that have controversial origins that may trouble ethical vegans.

Citric acid is vegan-friendly as it can be derived from natural sources or produced synthetically.

Citric acid is a flavoring and preserving agent that mainly comes from citrus fruits due to its acidic and sour taste.

A few examples of natural sources of citric acid include:

Citric acid is found in many of our daily products such as foods and beverages, medicine, dietary supplements, and even disinfectants. However, in the case of these products, citric acid is manufactured synthetically as it’s more expensive to use natural sources.

Some of the notable benefits of citric acid is that it helps your body to break down food into energy.

Citric acid also increases your body’s ability to absorb nutrients more effectively. Since it doesn’t need stomach acid for this process, it causes fewer side effects like bloating and constipation.

Are The Colorings In Mountain Dew Kickstart Vegan-Friendly?

The food colorings in Mountain Dew Kickstart, namely Red 40 and Blue 1 are vegan in terms of their ingredients as they’re synthetically manufactured. However, these colorings may have been tested on animals so they may not be considered vegan-friendly for ethical vegans.

These colorings are approved by the FDA, hence making them safe to eat.

The colour additive labelled Red 40 is derived from petroleum, and is mostly found in cereals, beverages, dairy products and confections.

As for Blue 1, it’s usually called ‘Brilliant Blue’ and comes from an oil base source. It’s used mainly in popsicles, frostings, frozen dairy desserts, and beverages.

However, though these color additives don’t contain any animal derivatives, they aren’t necessarily cruelty-free.

If you’re an ethical vegan, this could be a cause of concern and may pose a dilemma for you. But if you’re a vegan for health purposes, these colorings don’t drastically affect the nutritional value of Mountain Dew Kickstart and thus, probably won’t be a major issue for you.

In any case, whether the presence of color additives makes Mountain Dew Kickstart vegan-friendly or not really depends on your view of veganism and how strict you are with different ingredients in everyday products.

How Much Caffeine Is In Mountain Dew Kickstart?

There’s 90mg of caffeine per 16 fl.oz can of Mountain Dew Kickstart, which is quite a small amount compared to other energy drinks of the same liquid volume.

Personally, I usually like to have between 50mg to 100mg of caffeine per caffeinated drink. For me, that amount slides right into the sweet spot and it helps me stay awake during a sleepy afternoon without overwhelming me with side effects.

So, I would actually consider having a can of Mountain Dew Kickstart for a quick energy boost due to its moderate and reasonable caffeine content.

But if you regularly consume caffeinated beverages, you might need more than one can of Mountain Dew Kickstart for the caffeine to take effect.

However, I wouldn’t recommend that you to do that considering the amount of sugar that Mountain Dew Kickstart contains (more on that later).

Caffeine has a few impressive benefits, namely that it can augment physical performance and improve mental functions.

For example, a 2014 study reported that a caffeinated energy drink improved accuracy and athletic performance among a group of volleyball players.

Besides, caffeine can also enhance muscle endurance, boost your mood, and increase mental performance like vigilance, alertness, and attention. Though, keep in mind that caffeine is meant to be consumed in moderation.

As a guide, the FDA recommends a daily caffeine limit of no more than 400mg for healthy adults. Any more than that may lead to a caffeine overdose and you might experience adverse effects like:

To be safe, make sure to avoid consuming a lot of caffeinated foods and drinks alongside Mountain Dew Kickstart.

Does Mountain Dew Kickstart Have Sugar?

Each 16 fl.oz can of Mountain Dew Kickstart has 20g of sugar.

With 20g of sugar per 16 fl.oz, it isn’t the healthiest energy drink out there, though, among other sugary energy drinks, Mountain Dew Kickstart’s sugar content isn’t so extreme.

For reference, the AHA recommends a maximum daily sugar intake of 25g for women and 36g for men, so having just one can of Mountain Dew Kickstart is still within the acceptable daily limit for both genders.

However, if you have two cans of Mountain Dew Kickstart, you’ll definitely exceed the limit.

While having sugar every now and then is perfectly fine, a regular high intake of sugar, in the long run, can lead to health issues like:

You may also run the risk of having a sugar crash if you consume too much sugar in a short period of time, thus it’s best to stick to only one can of Mountain Dew Kickstart per day if you want to avoid that.

Is The Sugar In Mountain Dew Kickstart Vegan-Friendly?

Generally, the sugar we regularly consume originates from plant-based sources like sugar canes. But the primary concern stems from how this sugar is manufactured and processed.

A lot of ethical vegans don’t sit well with the usage of bone char as a decolorizing filter in the sugar industry, and it becomes a concern when you aren’t sure where the sugar in your energy drinks come from.

Although this may be upsetting, according to PETA, you don’t have to stress too much over the source of your sugar as you’re already doing a wonderful deed by choosing a vegan lifestyle.

For Mountain Dew Kickstart, it’s safe to say that its sugar content is from plant-based sources. However, if you’re still skeptical, you can always contact the manufacturer for firm answers, or go for sugar-free energy drinks instead.

To learn more about celiac disease and gluten-free diets, check out this video for more helpful information:

Mountain Dew Kickstart doesn’t qualify as keto-friendly since it contains a number of calories, carbs and sugar.

A keto diet requires you to cut back on carbs and consume more fat for energy. Thus, food and beverages like potatoes, bread, and sugary drinks including Mountain Dew are out of the question for a keto diet.

The final decision regarding whether or not Mountain Dew Kickstart is vegan ultimately depends on your stand on veganism.

If you’re an ethical vegan and support cruelty-free products, Mountain Dew Kickstart might not be the energy drink for you and you can always look for other energy drinks that don’t involve animal-tested ingredients.

A single can of Mountain Dew Kickstart per day should be fine and won’t result in exceeding the recommended daily sugar or caffeine intake limits.

Mountain Dew Kickstart comes in a variety of fruity flavors. Here are some notable ones:

Though Mountain Dew Kickstart may not exactly be vegan, there are many other energy drinks out there that are more vegan friendly:

REIZE is an awesome powdered energy drink that comes in convenient 4g sachets, making it easy to take anywhere you might need a boost.

With a sensible 50mg of caffeine, REIZE is sugar-free and has just 11 calories per serving, meaning that you can enjoy REIZE even if you’re on a diet.

REIZE also contains a smart blend of vegan-friendly ingredients like ginseng, taurine, and B vitamins that combine to give you the perfect energy boost without the crash afterward.

The best part is that REIZE ships straight to your door for only about $1 per drink.