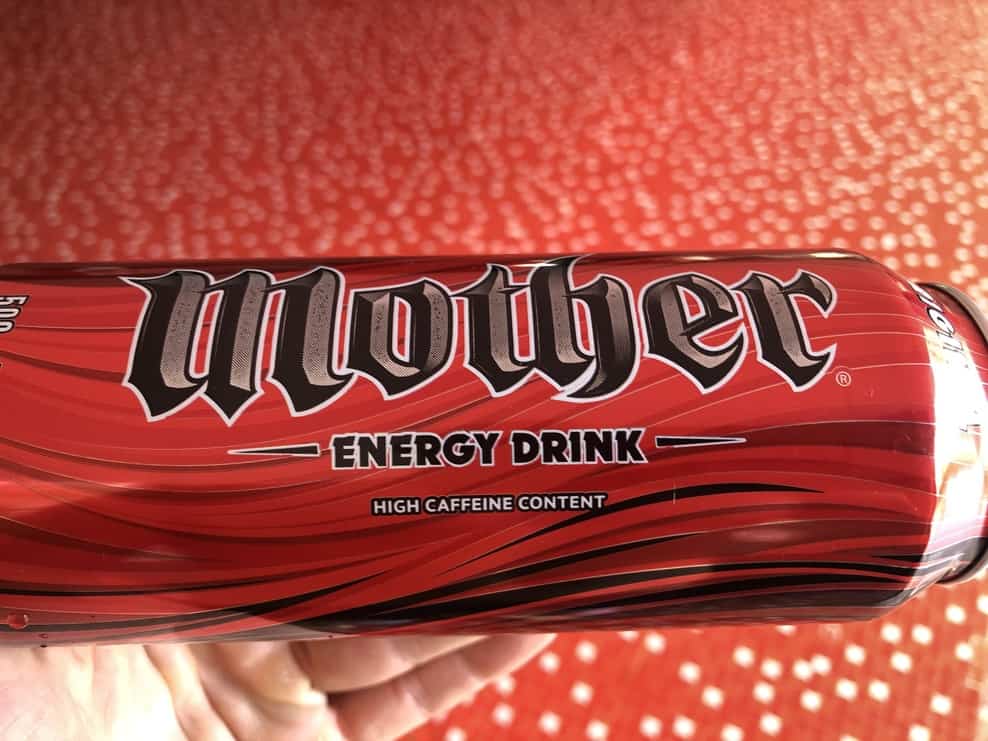 Energy Drink is an energy drink under the Coca-cola company, being uniquely marketed towards the Australian and New Zealand market.

It’s very popular in the region, but if you’re a fan of both Mother Energy Drinks and Mother Nature, you’re probably wondering if the drink is vegan-friendly.

The short answer is yes. Mother Energy Drink doesn’t contain any ingredients that would be deemed vegan unfriendly.

For a more detailed answer, read on as I’ll be going into detail about the specific contents and ingredients in Mother Energy Drink.

The ingredients of a can of Original Mother Energy Drink is listed below:

As you can see, nothing about Mother Energy seems overtly non-vegan or animal-based, but let’s investigate further.

Are the Ingredients of Mother Energy Drink Vegan-friendly?

I’ve compiled a table below detailing the vegan-friendliness of Mother Energy Drink to see how they line up with a vegan diet.

Plant-Based or Synthetic ingredients are a must for vegans.

Looks like the ingredients in Mother Energy Drink are generally plant or synthetic-based, so I’m personally going to give it the okay sign for vegan-friendliness.

If you would like to do some further research yourself, feel free to cross-reference the table above with PETA’s animal-derivative ingredients list here

Though as always, it’s best to consult a specialist or ask the manufacturer about how vegan a product is if you need to be sure.

How Much Sugar Does Mother Energy Drink Contain?

Every 500ml can of Mother contains 51g of sugar, which is equivalent to 10.2g of sugar per 100ml of the drink, which is an awful lot of sugar.

Mother contains a lot of sugar, which is great if you’re looking for that concentrated 2-3 hours energy high, but not so much for your diet, or the fact that the sugar crash afterward is going to hit extra hard.

for healthy adult men and women is 36g and 25g respectively.

If you’re a fan of Mother Energy but not the sugar, fret not. They do have a sugar-free version, replacing the sugar with zero-calorie sweeteners instead.

There are also plenty of other sugar-free energy drinks out there for you to try. They probably won’t give you as much of an energy boost as the sugar-filled versions do, but at least you’ll be avoiding that dreaded crash.

Is the Sugar used in Mother Vegan?

The use of charred animal bones used in the refining process of some sugars may be a concern for you if you are an ethical vegan, and might turn you away from foodstuffs with undisclosed sugar sources in them.

While it may still be worrisome, PETA

does also state that you “shouldn’t stress too hard about sugar if you’re unsure about how it was produced”.

), so the choice to consume Mother Energy Drink is entirely up to your values.

If you’re worried about the sugar source, you can always contact the manufacturer for a direct answer, or maybe go for sugar-free varieties instead.

Again, you could refer to this article I’ve written on the various sugar-free energy drinks available to help you pick out a new energy drink!

How Much Caffeine Does Mother Have?

Mother Energy Drink contains 160mg of caffeine per 500ml can.

Caffeine is a core ingredient in any energy drink. It binds to the adenosine

receptors in your brain to make you feel less tired while also stimulating the body to burn more fat, which is great for any energy drink.

This video here explains what caffeine does quite well:

While caffeine does work wonders, you can have too much of a good thing. The FDA

advises that you only consume a maximum of 400mg of caffeine a day.

At 160mg, Mother Energy Drink is rather average in terms of energy drink caffeine content, but it still packs quite the punch. There are lots of much stronger energy drinks out there, although I’m not really a fan of them in general.

Of course, how quickly your body metabolises caffeine factors into how many energy drinks you’re able to have, as I’ve discussed in an article I’ve written on caffeine metabolism here.

Still, be sure to keep track of your Mother Energy consumption, you probably don’t want to go over the limit no matter how much you think you need and can handle it.

Is The Taurine Used in Mother Vegan?

The Taurine found in Mother and most other Energy Drinks is synthetically made and is therefore certifiably vegan.

heart health, exercise performance, and other health benefits, even playing an important role

in the central nervous system.

While Taurine often comes from animal sources, energy drinks such as Mother Energy Drink derive their Taurine from chemical synthesis, due to it being easier and cheaper to mass-produce in the lab.

If you want to learn more about Taurine and what it does, there’s an article I’ve written detailing the health benefits and other facts about Taurine.

How Does Mother Energy Drink Affect My Health?

Although Mother Energy Drink consists of vegan ingredients and is considered suitable for vegans, if you’re someone who’s in the vegan life for the health benefits, it still might not be for you.

I personally find that the sugar content (51g per 500 ml can) is a deal-breaker for me to adding Mother Energy into my everyday diet consistently.

Long-term excessive consumption of sugar can lead to health issues

While it’s a great pick-me-up for those late night sessions where you need that rush to keep you going, the added sugar can be problematic in the future if you find yourself constantly reaching for it (like an addiction).

So have a Mother Energy every now and then, but try not to depend on it too much. And if you’re looking for healthier energy drink options, I’ve written an article about the best energy drink for health right here.

Is Mother Suitable for a Keto Diet?

Due to the high amount of carbs (sugar) that a single can of Mother Energy Drink contains, I personally don’t believe that it is suitable for a Keto Diet.

such as weight loss and general health improvements.

The general rule of the Keto Diet involves avoiding or reducing carbohydrate intake, so sugary energy drinks such as Mother won’t fit well for you due to their high carbohydrate content.

However, if you happen to be on a Keto Diet and are really craving an energy drink, the Sugar-Free version of Mother might work as a substitute.

If you’re looking for some energy drinks that are keto-friendly, I’ve written a complete guide that you might find interesting.

There are no traces of barley, wheat, or whey products in Mother Energy Drink. So it would be safe to assume that Mother is completely gluten-free.

You might be worried that the Caramel IV colouring used in Mother Energy might contain traces of wheat.

While actual caramel may not be gluten-free, caramel colouring is a different story, and generally doesn’t contain any wheat.

You can find more information about caramel colouring and it’s gluten-free status in this article here.

Can I Drink Mother Energy Drink If I’m Vegan?

While Mother Energy Drink is not officially vegan-certified, I personally think that there are no ingredients in Mother Energy that should deter you from drinking it even if you’re vegan.

With that said, as always, have your energy drinks in moderation and try stick to one can of Mother Energy Drink a day. Just because it’s vegan-friendly doesn’t exactly mean that it’s the healthiest beverage option.

Remember, energy drinks are all for the boost in concentration and energy levels. So if you’re not doing anything intensive, a nice cup of tea will do you just fine.

Mother Energy Drink is great, but how about some more energy drink options if you feel frisky? Here’s a list of them below to help get you started.

There are also powdered options such as:

REIZE is a powdered energy drink, wherein each 4g sachet contains a sensible 50mg of caffeine and is completely sugar-free, only amounting to 11 calories per drink.

It also contains many beneficial ingredients such as taurine, ginseng, and B-group vitamins (from vegan-friendly sources)— giving you that much-needed energy boost without the crash.

Best of all, you can get REIZE home delivered for only about $1 per drink.

So try REIZE today, and I’m sure you’ll soon agree that it’s a smarter option than Mother.

Low carb diets are popular for a few good reasons: they not only help in weight loss but also lower the risk of health issues like heart disease and diabetes. Perhaps you're...