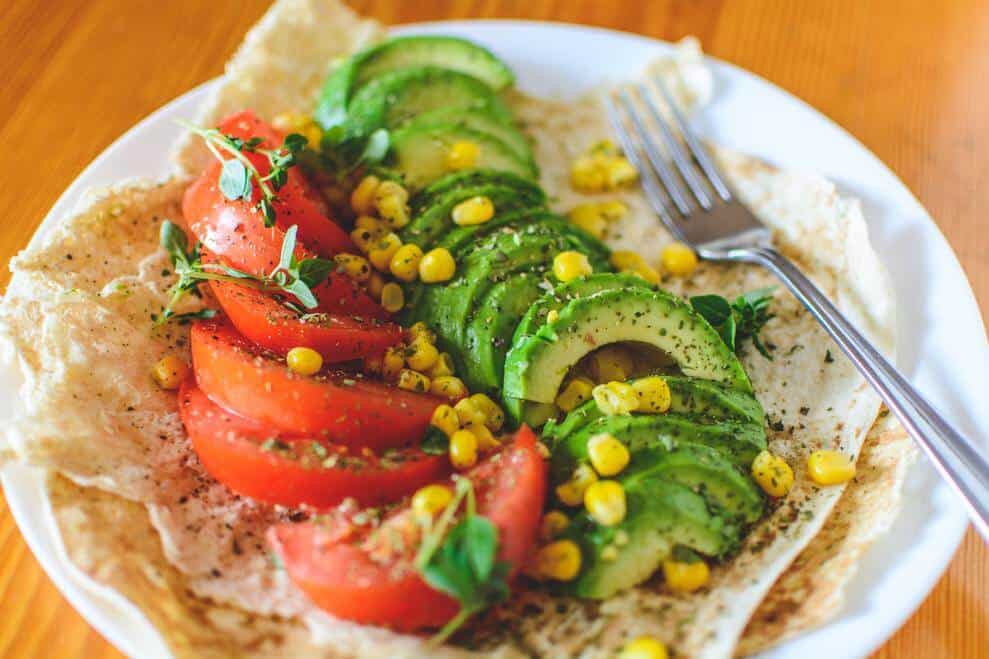 With so many energy drinks to choose from, it can be hard to know if your favourite energy drink is vegan.

Sadly, though most energy drinks in the market are labelled vegan-friendly, some may have ingredients that aren’t actually vegan at all.

Maybe you have some questions about the ingredients in Moose Juice energy drinks and wonder if they’re vegan or not.

Well, you’ve come to the right place to find out.

But if you’re in a rush, here’s the quick answer: Moose Juice might not be vegan-friendly due to a few of the ingredients present in the ingredients which may be animal-based.

However, this is based on personal research and my own judgment so I may be wrong. Check with the manufacturer for more reliable details if you have any doubts.

Now, let’s get into the details…

What is Moose Juice?

Moose Juice is an energy drink made by Muscle Moose, a UK-based company that also has a line of protein-rich snacks. Moose Juice energy drinks are promoted as low-calorie, sugar-free and zero fat beverages.

Moose Juice is marketed at athletes, bodybuilders and fitness enthusiasts.

Moose Juice is notable for containing a large amount of caffeine and a number of amino acids like BCAA and Tyrosine to boost exercise performance and reduce fatigue.

Moose Juice may not be vegan-friendly as it contains a few ingredients namely taurine, tyrosine, and choline that may have animal-based origins.

To know why these ingredients might not be vegan, we need to understand where they possibly come from.

Taurine is an amino acid that can be found in many foods and dietary supplements. It’s included in some energy drinks for its benefits in improving physical performance, boosting heart health and more.

Some time back, there was a controversy speculating that the taurine in Red Bull was made from bull semen. However, it has long been debunked as Red Bull stated that the taurine used in energy drinks was synthesised in food labs.

In its natural state, taurine is found in animals, specifically in the bile of mammals, but it can also be synthesised synthetically via chemical methods.

However, it’s unclear where or how the taurine in Moose Juice is sourced and therefore we are unable to know for certain if Moose Juice is vegan-friendly.

Like taurine, Tyrosine is an amino acid that can be found in high-protein foods like meat, fish, eggs, dairy products (especially cheese), nuts and beans.

It also comes as supplements and is usually consumed to improve mental concentration, alertness and attention.

One of the benefits of L-Tyrosine is enhancing cognitive performance in stressful situations.

A 2007 study found that Tyrosine supplementation might be able to reduce the symptoms of stress, thereby allowing brain functions to perform better.

Though amino acids usually come from plants or are synthesised in a lab, L-Tyrosine can sometimes be made from casein (milk). Casein is a milk-based protein that isn’t considered vegan-friendly.

It’s not stated where the L-Tyrosine in Moose Juice energy drinks come from, so you might want to be careful and maybe get in contact with the company themselves for the definitive answer on this.

Choline bitartate is a nutrient that is largely found in eggs. Other foods like beef, chicken, salmon, cauliflower, and soybean oil also contain choline.

Even though vegans don’t eat eggs, they can still get choline from their regular diet. Some vegan-friendly foods that contain choline are tofu, soynuts, soymilk and peanut butter.

If you’re not sure how much choline you should have in a day, here’s an easy guide for you:

Choline is important for transporting and metabolising fat from your liver to prevent cholesterol buildup.

Plus, it also plays a role in healthy brain development and muscle movement. It’s likely added into Moose Juice to support fat breakdown and enhance exercise and mental performance.

There’s no mention that the choline in Moose Juice is vegan-friendly on the can or the official website. You might want to proceed with caution and ask the manufacturer for more information about this one too.

Is Moose Juice energy drink good for your health?

Like most energy drinks, Moose Juice can be somewhat beneficial to your health when consumed in moderation and as long as you don’t have any pre-existing health problems.

However, I won’t recommend having this energy drink as a daily beverage.

For one, the caffeine content in one can is quite high. A 500ml of Moose Juice has 200mg of caffeine.

Based on the guidelines from the European Food Safety Authority (EFSA), you’re advised to consume no more than 200mg of caffeine in any one serving.

The limit for your daily caffeine intake is 400mg of caffeine in an entire day.

Assuming you have one can of Moose Juice, you’ve already reached half of the amount of caffeine you should be consuming in a full day .

Excessive consumption of caffeine may lead to undesirable adverse effects like:

You can read more on Moose Juice energy drinks in this other post I’ve written about whether Moose Juice is good or bad for you.

How does Moose Juice affect your health?

Moose Juice has a rather high caffeine content, so you might want to consider again if it’s a good choice to add to your daily diet.

You definitely want to avoid a worst case scenario when it comes to energy drinks with high caffeine content. After all, you drink energy drinks for their benefits, not the potential consequences of having too much.

Plus, everyone’s caffeine tolerance is different and your body’s response to caffeine will be different from everyone else’s.

I’m not saying Moose Juice energy drinks aren’t beneficial for you, in fact when consumed wisely they may have many advantages.

If Moose Juice is consumed in moderate amounts, you won’t just feel more alert and awake, you’ll become happier too.

A 2013 study found that consuming energy drinks while performing tiring and mentally-draining tasks could maintain or even enhance mood and performance.

I feel that Moose Juice could make a great pre-workout too, provided that you stick to below 400mg of caffeine and just have one can.

Caffeine can also augment physical performance. An experiment conducted on 8 athletes found that endurance exercise performance increased after consuming caffeine one hour prior to activity.

At the end of the day, you’re responsible for your own health and wellbeing so my advice is to not overdo it.

Moose Juice may not be vegetarian considering the concern about the origin of some of the ingredients used. There’s no statement confirming that Moose Juice energy drinks are suitable for vegetarians. Thus, you might need to check with the manufacturer themselves if you’re hesitant.

I’m quite sure that the majority of the ingredients in Moose Juice aren’t animal-based.

Unless you’re a vegetarian who doesn’t consume eggs, then this drink might be alright for you as Moose Juice contains choline bitartate which usually comes from eggs.

But this is just my speculation, of course.

To get accurate and clearer information, hit the company up with a call or email regarding your concerns.

Are there any health warnings about Moose Juice?

Moose Juice energy drinks are not recommended for children below 18, pregnant and breastfeeding women. You’re also advised to consume responsibly, having just one can of Moose Juice in a day.

Another warning on the can states to consume within 48 hours after opening. In my opinion, this is either because the drink will go bad after 48 hours or the taste of the drink will change due to the preservatives in it.

Either way, it’s best to heed the warning labels on the can to avoid health risks and negative effects.

Moose Juice energy drinks can help you lose weight but it won’t directly help with the weight loss process. Moose Juice is just part of it, but a balanced diet and healthy lifestyle will help as well.

Some energy drinks have been marketed as weight loss supplements when in reality, it’s not as simple as that.

The caffeine in energy drinks provides you with the energy to exercise longer and harder, hence helping you to burn more calories.

Caffeine also increases fat breakdown and your metabolic rate during workouts, causing your body to use up more energy which leads to an increase in fat-burning.

In my opinion, the caffeine, amino acids and nutrients in Moose Juice could push you to work out further and to burn more calories.

But if you don’t use the supplied energy to work out, then no matter how many cans of Moose Juice energy drinks you have, you won’t lose any weight.

Where can I buy Moose Juice energy drinks and how much is it?

You can make your purchase of Moose Juice energy drinks on the official website. There’s free delivery to anywhere in the UK, except Northern Ireland.

Plus, you can also check out online retailers like Amazon and Dolphin Fitness.

Moose Juice energy drinks might be available in your local supermarkets and stores but the stocks may be limited. So you may still have to resort to buying Moose Juice online.

Depending on the flavour you choose and the place you make your purchases, the prices of Moose Juice can range from £0.89 – £2.00 per can.

There are many energy drinks out there that are vegan-friendly:

Let me introduce you to a more vegan-friendly energy drink, REIZE.

Whatever diet you’re on, you can always have REIZE without worrying that you’re consuming something you shouldn’t be. REIZE will make a great and healthy addition to your lifestyle.

REIZE has a sensible 50mg of caffeine, enough to provide you with a nice amount of energy without causing any negative side effects afterward.

REIZE is also sugar-free and has just 11 calories, so you won’t have to worry about it affecting your daily calorie count.

Plus, REIZE contains a smart blend of taurine, ginseng, and B vitamins that’ll get you ready for action.

REIZE comes in convenient sachets and can be mixed with almost any drink you like, with the concentration completely up to your control.

The best part is that REIZE only costs around $1, including delivery straight to your door. That’s a great deal.

Give REIZE a try and I’m sure you’ll soon agree that it’s the best energy drink for your vegan lifestyle.