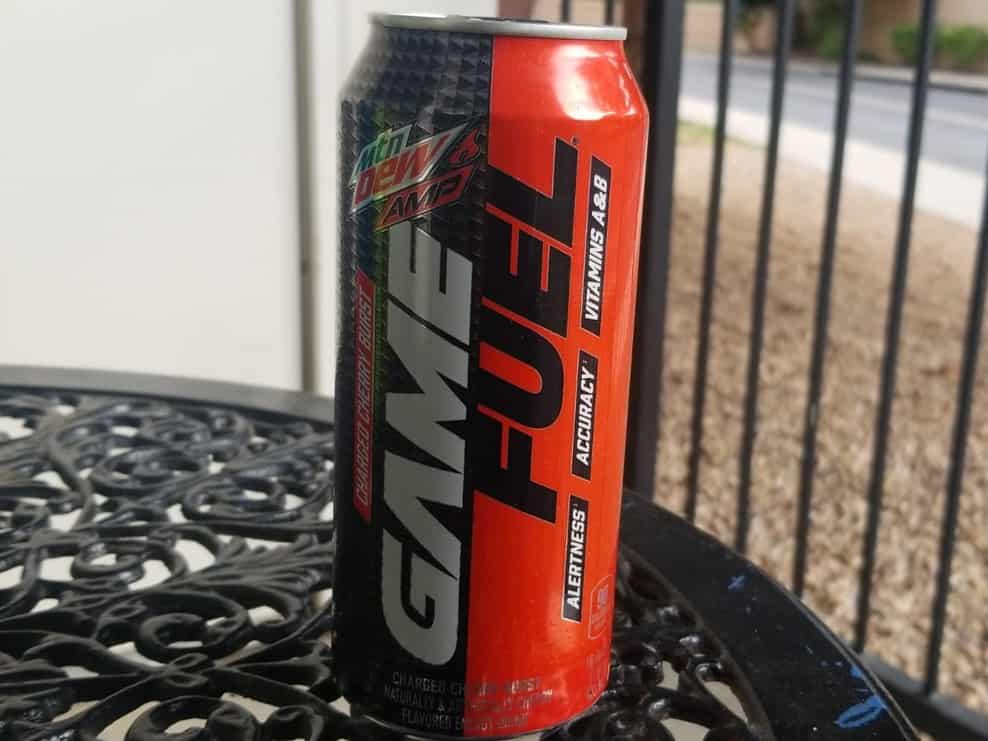 Are you wondering if Game Fuel Energy is vegan friendly or not? Because you can definitely be both a vegan and a gamer at the same time.

The short answer is, while it’s not officially vegan certified, Game Fuel can be considered vegan from a health and ingredients perspective, although its usage of food coloring may raise some concerns for ethical vegans.

For a more detailed look, read on to find out more about Game Fuel from a dietary perspective, from how vegan its ingredients are to whether or not they’re suitable for your specific diet.

What Are The Ingredients In Game Fuel?

Before we dive into Game Fuel, let’s take a look at all the ingredients found in Game Fuel to see what exactly we’re working with:

Based on PETA’s animal-derivative ingredients list, there isn’t anything in Game Fuel that’s overtly non-vegan, so Game Fuel should be perfectly fine for you even if you follow a vegan diet.

Though it’s not as healthy as a sugar-free energy drink, 23g of sugar for a 16 fl.oz energy drink is actually pretty low for a regular, sugar-containing energy drink, placing itself on the higher tier health-wise compared to lots of other brands.

For reference, the AHA suggests a daily added sugar limit of 25g and 36g for men and women, respectively, so a single can of Game Fuel is still within the acceptable daily range.

That said, two cans will definitely put you over the limit.

While it’s perfectly okay to splurge on occasion, having too much sugar consistently can lead to some pretty severe health problems, such as:

You’re also more prone to a sugar crash if you have too much sugar in a short period, which isn’t something you want if you’re trying to stay awake.

Is The Sugar In Game Fuel Vegan?

As sugar is usually derived from plants, it’s not surprising at all that sugar is a vegan ingredient.

Sugar by itself is totally vegan, but the main concern you may have if you’re an ethical vegan is how it’s actually processed.

Ethically, the use of charred animal bones in the refining process of some sugars is definitely a concerning point, especially if the company doesn’t disclose how exactly their sugar is processed.

While it may be concerning, PETA also states that you shouldn’t stress too much about sugar even if you’re unsure about how it’s produced.

That said, if you’re worried about the sugar source, you can always contact the manufacturer for a direct answer, or maybe go for sugar-free energy drinks instead.

If you’re not too keen on sifting through which energy drinks have vegan-friendly sugar, take a look at the article I’ve written on various sugar-free energy drinks. You’ll definitely find some good recommendations there.

There’s 90mg of caffeine per 16 fl.oz can of Game Fuel, which is a fairly low amount, especially when compared to other energy drinks.

Considering that the caffeine content in energy drinks ranges from around 50 to 300mg per 16 fl.oz, the caffeine in a can of Game Fuel is actually very mild, similar to a standard cup of coffee.

I personally prefer to have between 50 to 100mg of caffeine per serving, so Game Fuel slides right into that sweet spot of having just the right amount of caffeine to help fight off that post-lunch drowsiness without blowing your head off with too much caffeine.

Of course, if you happen to be a hardened caffeine veteran with higher caffeine metabolism, you might find yourself going through a few more cans before the caffeine takes effect.

Just as a reminder, the FDA approves a caffeine intake limit of no more than 400mg per day. Any more than that might lead to side effects such as:

So be sure not to have too many caffeinated beverages, as not even a vegan diet can save you from a caffeine-induced headache.

Are The Colorings in Game Fuel Vegan-Friendly?

Food colorings are a pretty big deal in the vegan scene, as while the colorings themselves may be vegan-friendly, the fact that some of them are tested on animals might be a cause for concern.

If you happen to be an ethical vegan, the fact that food colorings may be tested on animals is a definite cause for concern, even if the ingredient itself is from a vegan-friendly source.

So, depending on your view, Game Fuel may not be vegan due to the fact it has food colorings in it.

Of course, being a vegan is akin to a sliding scale rather than a hard yes or no.

If you’re a vegan for the health benefits, food colorings play a really tiny role in the overall nutritional value of Game Fuel, so it wouldn’t be that much of an issue in your case.

While not officially certified, Game Fuel doesn’t seem to contain or have any traces of wheat, barley, or rye products, so it’s safe to assume that it’s gluten-free.

If you happen to have celiac disease or you’re simply trying to cut down the gluten in your life, Game Fuel might be a pretty good addition to your gluten-free energy drink repertoire.

Of course, just because it’s gluten-free doesn’t exactly mean it’s healthy for you, so still try and keep that Game Fuel consumption to a minimum.

As the keto diet requires you to reduce your carb intake, Game Fuel might not be the best idea as it contains a decent amount of sugar.

The Keto Diet is a low-carb, high-fat diet that offers plenty of health benefits, such as weight loss and general health improvements.

Since maintaining a low-carb intake is a crucial part of a keto diet, you should definitely be cutting down on any form of carbs, including the sugar you find in Game Fuel.

If you’re looking for an energy drink to help complement your keto diet, take a look at the article I’ve written specifically on the best energy drinks for a keto diet, for a bunch of low-carb, zero-calorie energy drink alternatives.

To conclude, from pure ingredients and health perspective, Game Fuel fits into the criteria of being vegan-friendly, though there may be ethical concerns regarding the sugar and coloring used.

Ultimately, the final take on whether Game Fuel is vegan or not depends on where you stand as a vegan in general.

If you’re an ethical vegan and don’t want to support any products that might involve animals or animal-testing, you might find yourself in a bit of a predicament when it comes to Game Fuel.

That said, if you’re a vegan with your health in mind, Game Fuel is perfectly safe for you to consume. Just take note that while it’s vegan-friendly, you really shouldn’t be having too many cans of it a day.

And if you happen to be on the fence about veganism, have a look at the video below for a run through of the possible health benefits going green can do for you:

Looking for other vegan energy drinks? Here are a couple of alternatives below to get you started.

Game Fuel not doing it for you? How about trying something different then?

REIZE also contains a smart blend of taurine, ginseng, and B-group vitamins, all from vegan-friendly sources. It’s the perfect energy boost, with the benefit of having no crash afterward.

Best of all, REIZE ships straight to your door for only about $1 per drink.

G Fuel Cans VS G Fuel Powder (Which Is Better?)
← Previous
G Fuel Powder Nutrition Facts (Is It Healthy?)
Next →
Comments are closed.