Everything You Need to Know About Super Creatine 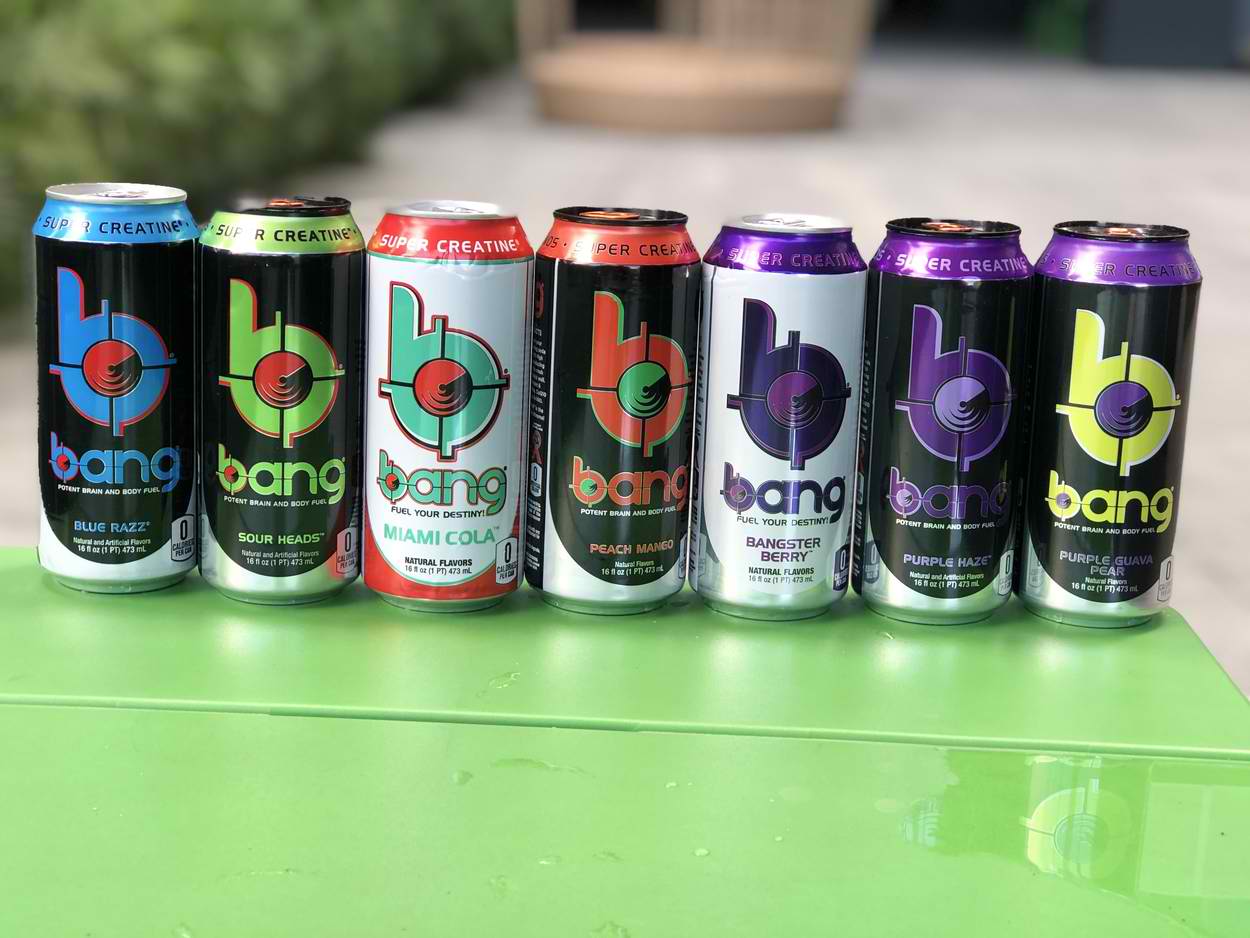 Energy drink ingredients play an important role in the overall health condition and wellness of your body, providing energizing effects, which give your body the boost you need to stay active and alert in everything you do.

One of the ingredients found in energy drinks is Super Creatine. It’s a well-known ingredient used in Bang Energy drinks, which comes with amazing properties that ensure that you’re in perfect shape.

So, what exactly can Super Creatine provide your body?

For the short answer, while Super Creatine may sound like a better version of the supplement Creatine, it’s actually a proprietary ingredient by Bang Energy itself, and the science of Creatine doesn’t exactly apply to it. As for whether or not it may help with increasing muscle mass, you’re probably a lot better off getting some protein powder instead of relying on the ‘Super Creatine’ Bang Energy alone.

That said, there’s a lot more to discover in Super Creatine, so read on to find out!

In order to understand what Super Creatine is, let’s start with understanding what creatine can provide.

Creatine is a chemical that’s found in your body, especially concentrated in your brain and muscles. You can also get Creatine by consuming red meat, seafood, or laboratory-processed creatine.

Since Creatine plays an important role in your overall health and wellness, it’s beneficial for athletes and older adults. It’s widely used in improving your athletic performance and improve your overall physical performance.

What Does Creatine Do in your Body?

Creatine plays an essential role in the development of your muscles. That’s the reason why it may appeal to you, especially if you’re an athlete or a bodybuilder. It helps your body gain more muscles, improve physical performance, and develop physical strength and endurance.

Note that the effects of creatine in your body tend to be weaker, especially if combined with caffeine. In general, it improves your muscles and overall physical performance.

To know more about creatine, check the video out.

What are the Effects of Creatine?

Creatine is primarily used in enhancing athletic performance. Here are some situations that you can take advantage of creatine:

Though, note that super creatine itself has not yet evaluated by the FDA, so better manage your consumption properly.

Creatine is safe as long as you regulate your consumption. The recommended consumption limit of creatine is 4 to 5g a day. Having more than that could lead to negative side effects related to gaining weight. This is because creatine primarily causes muscles to manage water around them.

Another point to consider is that you need to practice moderation in your creatine intake, especially if you’re pregnant or are breastfeeding. There are also cases where the severity of bipolar disorder had increased due to creatine, so pay close attention to your intake and limits of your body.

Check out the video to know more about the benefits and effects of creatine.

The average normal intake is 0.84 to 1.21 milligrams per deciliter, and if you stay within this range, creatinine will not be harmful to the body. As your muscles produce creatinine, it’s usually transported by your bloodstream to the kidneys, where it’ll be filtered out of the body.

Here are some things you can do to lower your creatinine levels.:

What Is Super Creatine In Bang Energy Drink?

Super Creatine in Bang Energy drink is promoted as the only water-stable creatine available. And you can only have it in Bang Energy drink. It means that it can easily travel throughout your body and transport nutrients. It can also easily transfer within the blood-brain barrier, according to the claims done by VPX, Bang’s parent company.

The Super Creatine in Bang is the reason behind the marketing slogan: “Potent Brain, and Body Fuel”. That said, I’m not too sure about how great of a brain fuel Bang energy drink really is as the amount of Super Creatine contained is not specified on its label.

While it might sound like Creatine is actually in Bang, nowhere on the can or marketing does it state that Bang contains creatine. The only scientific paper on Super Creatine. it is a toxicology report on Creatyl-L-Leucine, which consists of its chemical formula.

From the report, while we do know that Super Creatine is generally harmless, we don’t actually know if it does anything or not, since it isn’t exactly creaetine.

Furthermore, Bang’s parent company has had legal trouble when it comes to “Super Creatine”, as they’ve had a suit filed over the branding, with allegations that Super Creatine doesn’t contain any creatine at all.

To conclude, it’s best to be aware that while Bang has Super Creatine, it doesn’t contain creatine, so any benefits you may attribute to creatine do not apply to Bang at all

How Much Creatine Will You Get in Bang Energy Drink?

Stricitly speaking, Bang Energy drink does not properly indicate nor label creatine the nutrition labels, meaning that there isn’t any distinct proof of how much you can get in a single serving.

Even if it Bang did contain creatine, we don’t know enough about the amount present in Bang to determine whether or not it may be potentially beneficial to your overall workout routine.

If you’re interested in diving deeper into the debate of how much Super Creatine is contained in Bang, check out this article here, where I’ve discussed it.

Is Super Creatine Good For You?

As mentioned above, Super Creatine isn’t quite creatine, so we don’t know for sure if it’s good or bad for you.

What we do know about Super Creatine is that it doesn’t seem to be an actively harmful ingredient, meaning that even if you did have Bang, you should be a lot more weary of it’s high caffeine content then whether or not it’s proprietary ingredient may or may not cause you harm.

Can Super Creatine Cause Weight Gain?

While research suggests that creatine consumption and supplements can lead to an increase in your body weight, Super Creatine doesn’t have as much proper science behind it, so make of that what you will.

According to a study, a week of creatine consumption contributes weight increase around 2-6 pounds. It’s because of the water that is added in your muscles. It’s also important to note that your weight gain is caused by the growth of your muscles, and not body fats. So, it’s perfectly healthy.

It’s also important to note that the muscle mass added to your body, especially if you’re an athlete. It can help you boost your athletic performance and ensure that you can give a great game. The improvement and upgrade that it can give in your muscles is the reason why people take creatine.

Is Super Creatine Really A Supplement?

Personally, I don’t think Super Creatine is a supplement, being more of a marketing strategy used by Bang Energy Drink. Rather than being a supplement, it’s more of another essential nutrient that can enhance yourphysical body.

There are also claims stating that Super creatine is not exactly creatine, and they differ in terms of their overall function. And they do not function the same way. It also states that it doesn’t break down as advertised after your consumption.

Therefore, I would advise you to take the benefits of Super Creatine with a pinch of salt, and if you really want to get your muscles into shape, having a proper diet and the occasional protein powder may work a lot better than relying on a potentially ineffective ingredient in an energy drink.

If you aren’t too impressed by Super Creatine, how about an energy drink that can give you a boost even without it?

REIZE comes with a cool 4g sachet of energy drink. It’s made of a sensible 50mg of caffeine, 11 calories, B-vitamins, ginseng extract, and also taurine, which all come together to give you the boost you need without any side effects.

REIZE ingredients bring out the best version of yourself. It ensures that you get enough energy to manage all your activities, and manage all the rush. It’s also perfect for your workout, because it improves your overall physical capacity. It’s a best partner that you can have.

REIZE energy drink is not just packed with nutrients, and energy-boosting properties, but is also affordable. For only about $1, you can also have it shipped directly in your home, which you got to admit is a good deal for your money!

So, give REIZE a try and enjoy its energy-boosting effects that’s better Bang