Does Red Bull Help You Get Hard? (Energy For Love) 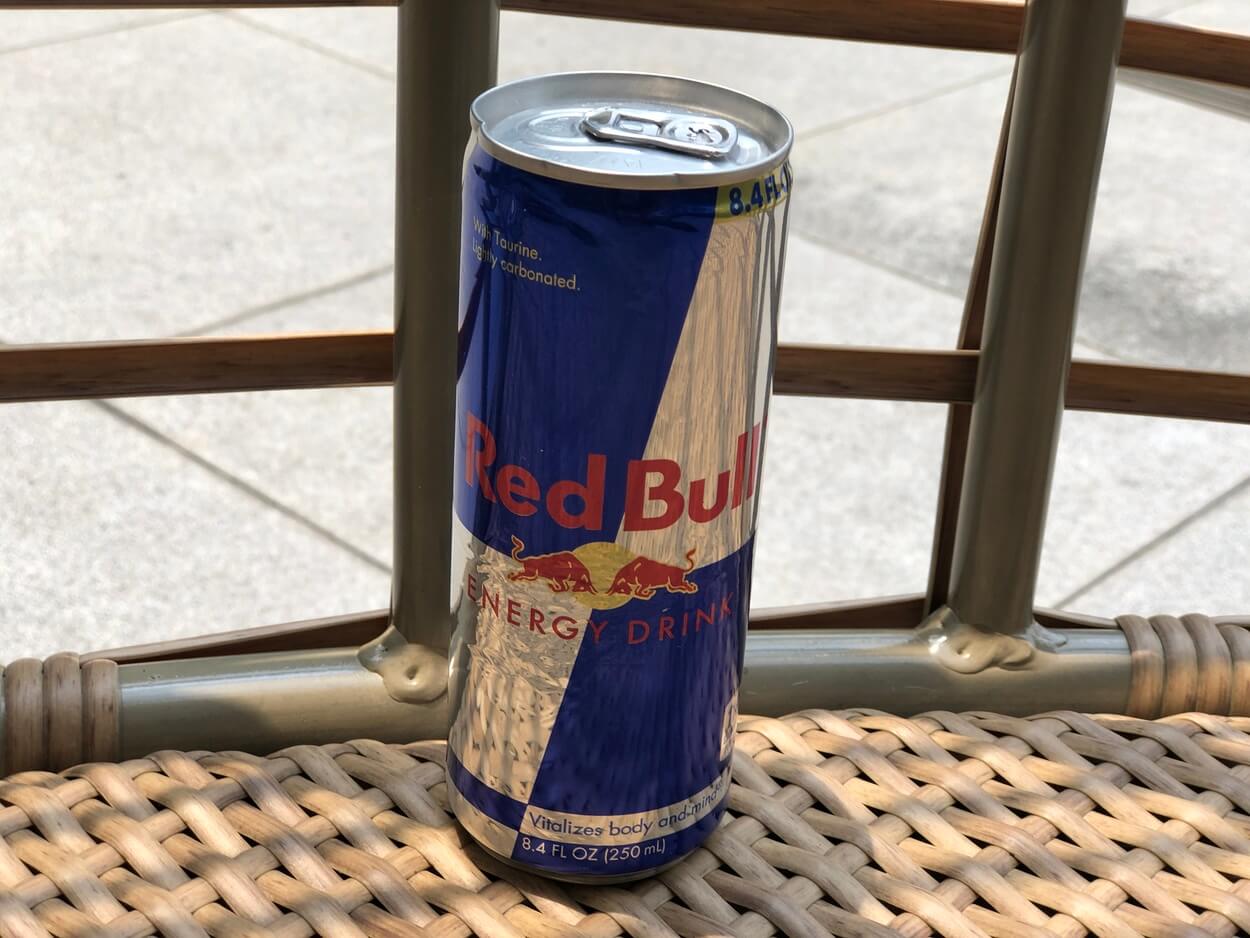 Whether it’s for exercise, studying, working or gaming, Red Bull is a popular and classic choice for anyone who loves and wants to try energy drinks. After all, it has a pretty decent caffeine content and simple blend of beneficial ingredients for a smooth boost.

But, you might wonder: how would Red Bull help you in the trousers department?

In short, Red Bull can help you get hard as it has 80mg of caffeine, which could relax the arteries in the genitals and increase blood flow, leading to an erection. That said, if you don’t moderate your consumption of Red Bull, its high sugar content would eventually damage your blood vessels, causing erectile dysfunction.

Of course, that isn’t the whole story. For a more in-depth look, read on to find out on the ways Red Bull can affect you sexually, from its ingredients to how it can help you in the bedroom.

Firstly, let’s take a brief look at the nutritional standards of a can of Red Bull:

How Many Calories Does Red Bull Have?

A single 8.4 fl.oz can of Red Bull contains 110 calories, a pretty moderate amount.

Considering that the recommended daily calorific limit for healthy adults is around 2000 to 2400 calories for women and 2400 to 3000 calories for men, Red Bull has a fair-to-middling amount of calories, which wouldn’t leave much of a dent in your overall intake and would even give you some workable energy to burn.

That said, if you lead a relatively sedentary lifestyle, the calories in Red Bull would pile up over time, leading to a number of health problems including obesity and diabetes.

Plus, if you consistently work out, or are on a diet, Red Bull wouldn’t be recommended due to the calories it has.

Red Bull does offer a Sugar-free option, which comes with the same caffeine content and benefits without the unnecessary calories.

But, if Red Bull isn’t doing it for you, check out my article on the best zero-calorie energy drinks for some stellar recommendations.

Here are the ingredients that are found in a regular can of Red Bull:

How Much Caffeine Does Red Bull Have?

Each 8.4 fl.oz can of Red Bull has 80mg of caffeine, which is quite a sensible amount for an energy drink of its size.

Caffeine is perhaps one of the most important ingredients in energy drinks since it’s the ingredient that supplies you with a boost to increase your energy levels and improve your cognitive performance.

Considering that energy drinks can contain between 50mg to 300mg of caffeine, Red Bull has a middling amount of caffeine, comparable to a cup of coffee (95mg of caffeine per serve).

For me, the caffeine content of Red Bull is just the right amount me, as my caffeine preference lies between 50mg to 100mg per drink.

But if your caffeine tolerance is quite high, you might need more than one can before the energizing effects of the Red Bull kick in.

That said, caffeine isn’t something you can easily mess around with, as the FDA approves a daily caffeine intake of 400mg for healthy adults. Any more than that and it might lead to adverse effects like:

Therefore, be sure to moderate your caffeine intake to a tolerable personal limit, and try not to double down on caffeinated beverages to avoid exceeding the daily limit.

How Much Sugar Does Red Bull Have?

Now, sugar isn’t as bad as it’s always portrayed. In small amounts, sugar can be a good dopamine booster and could provide you with a temporary energy boost, it becomes a problem when it’s included in your daily diet, which leads to many health problems.

For reference, the AHA recommends a daily sugar intake of 25g for women and 36g for men, so it’s quite easy to see that the sugar content of Red Bull already goes over the recommended limit, making it a pretty sugary energy drink.

A diet fairly high in sugar could lead to health issues such as:

For more information on other ways sugar can negatively affect your health, check out this video below:

Plus, sugary energy drinks like Red Bull can lead you to sugar crashes, which isn’t something you want from an energy drink.

While having a Red Bull every now and then isn’t exactly bad for you, a consistent intake of it would eat away at your health in the long run.

If you still want to experience the classic taste of Red Bull without the sugar, you can go for the Sugar-free option, which has the same taste, caffeine content and benefits while keeping its sugar levels to a minimum.

Does Red Bull Help In Bed?

Red Bull can help you in bed due to the caffeine present in the drink, which has stimulating properties.

Like your average cup of java, the caffeine within Red Bull can give you a pretty decent boost, helping you to have sex for a longer period of time.

That said, if you have too much, it might lead to a number of unwanted effects such as anxiety and headaches, so you might want to moderate the number of cans of Red Bull you drink before going into the bedroom.

Another reason Red Bull could help you in bed is that caffeine has the ability to reduce ED (erectile dysfunction), similar to Viagra, at least based on this article. Caffeine can cause a series of effects, helping the arteries in your penis to relax, leading to an increased blood flow – two important criteria for an erection.

In any case, be sure not to have too much, or you’ll be reeling from a sugar crash, which leaves you pretty tired.

If you’re wondering whether energy drinks like Red Bull can help you during sex, you’re definitely right. Red Bull has 80mg of caffeine, 27g of sugar, and 110 calories in a single 8.4 fl.oz can.

With 80mg of caffeine, it’s enough to supply you with a decent boost of energy and improve your stamina before having sex. Plus, caffeine has a pretty positive effect on sex drive for both men and women since it has the ability to increase blood flow to the genitals.

That said, just make sure not to have more than one can of Red Bull, as you’ll have to deal with the repercussions of a sugar crash later.

Red Bull can help reduce the likeliness of erectile dysfunction owing to its ability to improve blood flow throughout your body.

A 2015 study reported that men who drank 2 to 3 cups of coffee daily were less likely to experience erectile dysfunction, with the same effect on men who were overweight or had hypertension. This is mostly due to caffeine’s ability to improve blood flow, especially in small blood vessels, which is quite important when you’re trying to get hard.

As Red Bull contains caffeine, it would have a pretty similar effect, which would help you to get an erection when you’re in the bedroom. That said, you shouldn’t depend completely on Red Bull to help you get hard as the calories and sugar in the drink would damage your health in the long run.

If you’re having problems getting an erection, it’s best to consult a professional.

With a decent 80mg of caffeine, Red Bull can help you when you’re having sex by providing you with a boost of energy for longer lovemaking sessions and improve your libido as well as your stamina.

That said, be sure to monitor the number of cans of Red Bull you drink. A regular Red Bull also comes with 110 calories and 27g of sugar, which isn’t particularly great on your overall health and sex drive.

A high sugar intake could lead to damage in the nerves and blood vessels, affecting the absorption of glucose into the bloodstream, decreasing sensitivity, leading to a higher difficulty for you to get an erection.

If you want to cut down on the sugar, there’s a Sugarfree Red Bull available, which can still give you a decent boost without the excessive sweetness.

Red Bull can increase stamina temporarily owing to the presence of caffeine in the drink.

Since caffeine is an energy booster, it can maintain your libido and alertness for an extended period of time until the effects wear off. As Red Bull has 80mg of caffeine, you shouldn’t experience any side effects, unless you’re sensitive to caffeine.

That said, Red Bull’s sugar content should concern you, as a high sugar consumption would negatively affect your stamina, leading you to crash which leaves you feeling sluggish.

Provided you drink Red Bull in moderation, I think it shouldn’t bother you too much in the bedroom.

While Red Bull is a pretty classic energy drink to start off with, here’s a list of other energy drinks that could help you get a hard-on:

While Red Bull might be a good drink, it has pretty high sugar levels, so why not go for REIZE, which’s lighter on the caffeine and sugar?

REIZE is also sugar-free and has a smart blend of beneficial ingredients like taurine, ginseng, and B vitamins that, when combined into a single drink, provide you the perfect energy boost without the dreadful sugar crashes.

The best part is that REIZE ships to your home for only $1 per sachet, which is great value for money.

Give REIZE a try, and you might find it to be a smarter choice than Red Bull.