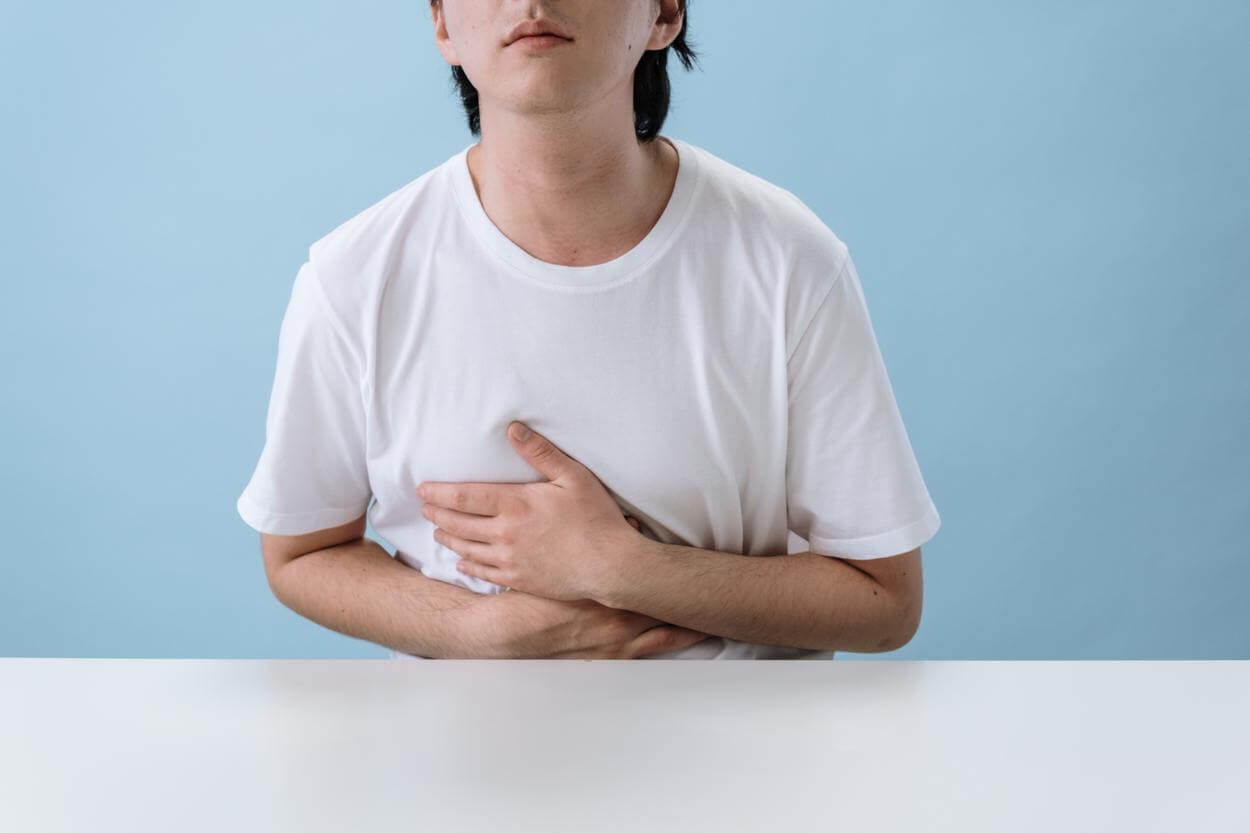 Energy drinks make great quick pick-me-ups and can give you a boost to keep you going throughout the day.

That said, sometimes you might find yourself going to the bathroom after having an energy drink.

You may wonder if it’s something you ate, or do energy drinks just make you poop?

Quick answer: energy drinks don’t generally make you poop, but if your stomach is quite sensitive, you may end up going to the toilet often to relieve yourself. You might be sensitive to caffeine or other ingredients in energy drinks. This is why it’s important to moderate your energy drink intake.

For a more in-depth discussion, read on to learn more about the potential effects of energy drinks on your bowels, from their ingredients to whether they’re laxatives or not, along with a list of recommendations for an upset stomach.

What Do Energy Drinks Contain?

As one of the most important ingredients in energy drinks, caffeine is responsible for improving your alertness and enhancing your physical performance as well as cognition.

Like coffee and tea, energy drinks have varying levels of caffeine content depending on the brand to suit different energy needs.

That said, it’ll depend on your caffeine metabolism and how sensitive you are to caffeine to determine the mileage you’ll get from the caffeine in energy drinks.

Of course, caffeine isn’t something you can mess around with. The FDA suggests an everyday caffeine consumption limit of 400mg for healthy adults. Any more than that, and you’ll potentially end up with adverse effects such as:

Plus, a consistent intake of caffeine could lead to a caffeine addiction, which can seriously affect your health in the long run.

In any case, be sure to moderate your caffeine intake to a personal tolerable limit, and monitor your consumption of energy drinks as well.

Sugar is another common feature of energy drinks since it contributes to a sweet and delicious taste that many people like.

Different energy drink brands have varying levels of sugar, though plenty of these drinks are known to be quite sweet.

Still, it doesn’t hurt to know where to set the limit with your daily sugar intake. The AHA recommends a daily sugar limit of 25g and 36g for women and men respectively. High consumption of sugar would lead to some serious health problems in the future.

A diet fairly high in sugar could cause health-related issues like:

While it’s definitely okay to indulge in some sugary goodness once in a while, it’s best to moderate your consumption of sugar to stay on the healthier side.

Energy drinks are also filled with B complex vitamins and minerals to promote good health and wellbeing.

Some of the common minerals in energy drinks include sodium, magnesium, and calcium, which act as electrolytes to ensure the functions in the body run smoothly after you sweat.

As for B vitamins, they have an impact on many of your body’s functions, from preventing infections to boosting the growth of new red blood cells.

While energy drinks are not packed with all of the available B vitamins, here’s a quick table of the B-group vitamins that you can find in your regular pick-me-up:

Of course, if you want to know more about B vitamins and their benefits, check out Harvard’s article on the matter.

Some energy drinks contain large amounts of B vitamins that exceed the daily limit, though it wouldn’t be enough to cause serious adverse effects.

Do Energy Drinks Mess Up Your Stomach?

Energy drinks can mess up your stomach if you have them in excess.

Now, it’s not precisely the energy drink itself that would upset your stomach, but the ingredients within the beverages that could cause stomach aches, especially if you don’t moderate your intake.

As previously mentioned, energy drinks contain caffeine, which could increase the production of acid in the stomach, leading to the irritation of your stomach and gut as well as heartburn.

While not everyone experiences this side effect, some could develop gastritis, which includes symptoms like stomach pain and nausea.

Furthermore, the caffeine present in energy drinks can overwhelm your digestive system if you consume more than you can tolerate. A high intake of energy drinks in a day can lead to side effects like insomnia, heart palpitations, and insomnia.

Of course, not all energy drinks lead to these negative effects, since it really depends on your caffeine metabolism and sensitivity to caffeine in general.

In addition to caffeine, energy drinks also have a number of other ingredients that cause an upset stomach. For some who are more sensitive, ingredients in energy drinks like guarana and L-carnitine might cause negative effects like vomiting and stomach pain.

As such, if you do know that you’re sensitive to the ingredients in energy drinks, steer clear of these drinks and go for something gentler for your stomach.

In any case, make sure to limit your caffeine intake to a tolerable limit, monitor your energy drink consumption, and try not to double down on caffeinated beverages if you want to avoid a stomach ache.

Energy drinks don’t generally have a laxative effect, but it can cause some people to visit the bathroom more often.

Caffeinated beverages like energy drinks and coffee don’t usually have a laxative effect on people, though if you do find yourself going to the bathroom to relieve yourself after a can of Red Bull, you might be one of those who are more sensitive to these drinks.

That said, excessive consumption of caffeinated beverages may cause side effects, such as diarrhea and loose stools since caffeine increases bile production which influences bowel movements.

In any case, as long as you consume energy drinks and other caffeinated beverages for that matter, you should be perfectly okay. Of course, if you struggle with diarrhea after drinking energy drinks, you might have to avoid these beverages altogether.

Can Caffeine In Energy Drinks Cause An Upset Stomach?

Caffeine can lead to an upset stomach if you either drank too much, or you’re generally sensitive to caffeine.

While you may not experience an upset stomach after drinking caffeinated drinks, caffeine affects your digestive system in more ways than you realized.

Caffeinated beverages can influence bowel movement, leading to diarrhea if your stomach happens to be quite sensitive or you have a condition that affects your bowel such as IBS (Irritable Bowel Syndrome).

Furthermore, having too much caffeine could cause high production of acid in your stomach, leading to an upset stomach and even heartburn symptoms.

Another reason caffeine may cause an upset stomach is due to the fact that you had a caffeinated beverage on an empty stomach. Since caffeine causes your stomach to produce acid, you’ll easily find yourself with stomach pain as your tummy doesn’t contain any food for the acid to break down.

In any case, if you want to avoid an upset stomach from caffeinated drinks, be sure to have something substantial before downing a can of energy drink. But if your stomach is generally sensitive, it might be time to give up on caffeine instead.

For more info on how caffeine can affect your digestion, check out this video below:

Celsius Energy Drinks won’t generally induce a laxative effect, though if your stomach is pretty sensitive, the ingredients in it might cause you to frequent the bathroom after drinking it.

Celsius Energy drinks are sugar-free and contain between 200mg to 300mg of caffeine, along with a bunch of vitamins, minerals, and natural ingredients like green tea and ginger extract.

While the caffeine content of Celsius is pretty concentrated, it shouldn’t have an effect on your stomach if you have a high caffeine metabolism. Though, if you happen to be pretty sensitive to caffeine in general, your bowels may not be able to handle that much caffeine and you’ll find yourself doing the number two after drinking it.

Of course, moderating your consumption of Celsius Energy would also help in reducing the risk of a stomach ache and a visit to the toilet.

Celsius Energy also comes with sweeteners like stevia and sucralose, guarana, and a generous serving of minerals. These ingredients might induce a laxative effect if your stomach is sensitive to them.

In any case, if you struggle with frequent bathroom visits after drinking Celsius, it might be time to switch it with another energy drink.

If you want to know more about what goes into a can of Celsius, check out the article I’ve written on the caffeine and ingredients of Celsius Energy, which explains further what they do.

Other Drinks That Can Settle An Upset Stomach

When you have an upset stomach, you’re usually recommended to drink clear liquids until you feel better. Water is not only free from additional ingredients, it’s also packed with electrolytes that can rehydrate your body.

So, if you have a pretty bad stomach ache, stick to water for the time being until you feel you can have other mild beverages.

Chamomile tea is a pretty light and flavorful tea, with soothing effects on the body too.

It can relax the muscles in your digestive system and treat issues associated with an upset stomach like gas, indigestion and diarrhea.

REIZE is a powdered energy drink that is available in light and suitable 4g sachets. With a sensible 50mg of caffeine, REIZE is also sugar-free and has only 11 calories per serving.

Plus, REIZE is packed with a smart blend of beneficial ingredients like taurine, ginseng, and B vitamins that combine together to provide you with the perfect energy boost without the dreadful sugar crashes.

The best part is that REIZE ships to your home for only $1 per drink, which is amazing value for money.

Give REIZE a try, and you might find it to be the smarter pick-me-up that complements your energy needs without upsetting your stomach.

Best Energy Drink During Ramadan (Lasting Energy)
← Previous
Liquid Caffeine (What is it?)
Next →