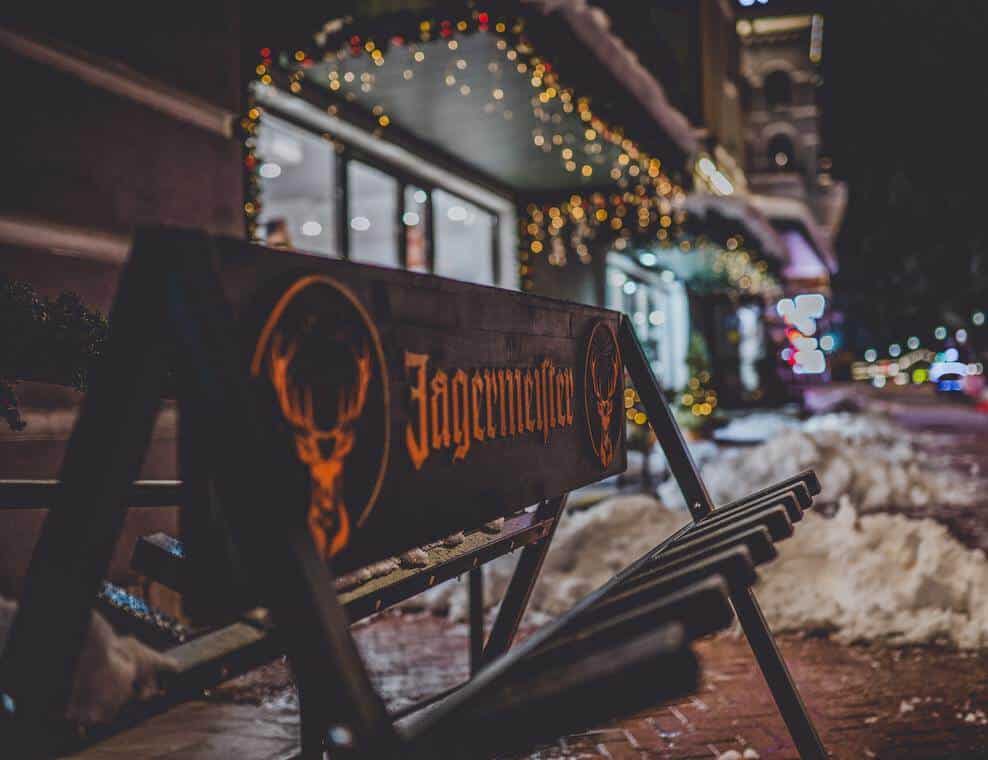 A Jager Bomb is a very potent bomb mixed drink that is made by dropping a shot of Jägermeister into a glass of energy drink.

Jager bombs are an alcoholic drink and contain around 7 percent alcohol which is a little bit more than the average beer.

The Jager bomb has a reputation for making people drunk as the bomb can make people continuously drink until they have had too much.

How to Make a Jager Bomb?

A Jager bomb is made using two simple ingredients Jägermeister and an energy drink.

According to The Guardian a standard Jager bomb contains:

A Jager bomb has a special trait to it.

While you can get drunk due to the Jägermeister that is in it. The energy drink would also mask the side effects of alcohol.

You may take the alertness given by the energy drink as the idea that they are not being affected by the alcohol and therefore might proceed to drink more.

All in all, drinking too many Jager Bombs will leave you in quite a mess.

Excessive drinking of Jager bombs may cause a number of side effects both in the long and short term.

Some of the potential side effects are:

Can a Jager Bomb Kill you?

According to an article by Wales Online, Jagerbombs can indeed kill you.

People have a tendency to underestimate the amount that they are drinking due to the mixture.

There have been reports of a teenager collapsing at home after drinking 10 cocktails of Jager Bombs in short succession.

She had suffered three heart attacks and was eventually put into a medically induced coma.

The teenager spent three weeks in the hospital recovering from the incident.

As such, it’s important that we not underestimate the risks that come with drinking Jager Bombs. Control is key and even if it may not feel as if we are drunk it is important we watch our body and stop ourselves before it goes too far.

There are many types of energy drinks that can go into a Jager bomb.

However, these few work best in my opinion as they complement the Jägermeister’s bitter taste very well.

Feel free to give them all a go and tell me which one suits you better.

Most commonly used in a Jager bomb, the Red Bull energy drink is a staple in any Jager bomb.

Red Bull contains 27g of sugar and 80mg of caffeine, a good amount to put into any Jager Bomb.

Due to its high caffeine content and sweetness, the sugar in Red Bull will level out the bitterness of Jägermeister.

The majority of the time when you order a Jager Bomb in a bar this is the energy drink that it will be mixed with.

I would recommend Monster for people who want a sweeter taste in their Jager Bomb.

Monster has 54g of sugar and 179mg of caffeine.

Monster comes in a bigger can than Red Bull, and when compared on a per-fluid-ounce basis, the two drinks are actually very similar.

If you want to know exactly how Monster and Red Bull differ, take a look at my other article where I break all of the differences down for you.

In my opinion, REIZE is the ideal energy drink for a Jager bomb because it is sugar-free and contains a sensible amount of caffeine.

Did you hear that right? Sugar-free?

Why yes you did. Not only is REIZE sugar-free, but it also contains a nice blend of taurine, ginseng and B vitamins which I think helps on a night out, but also makes the next day a bit easier to get through.

Best of all, REIZE costs only around $1 per drink including shipping right to your door. That’s unbeatable value and will let you save money to invest in more jager….

Of course, you should always drink in moderation, but why not save some money while you’re at it?

Try REIZE today and you might also find that it goes great with Jagermeister and is a great buddy for a night out.

link to Best Energy Drink for Training (Ready to go)

The relationship between training and energy drinks is obvious. Whether you're training for a particular sporting event or just want to stay fit and healthy, we could all use a bit of extra...

Work, study, life... sometimes it gets a little too much and you need a quick boost of instant energy from your favorite energy drink. Energy drinks can make a great source of quick energy. But...