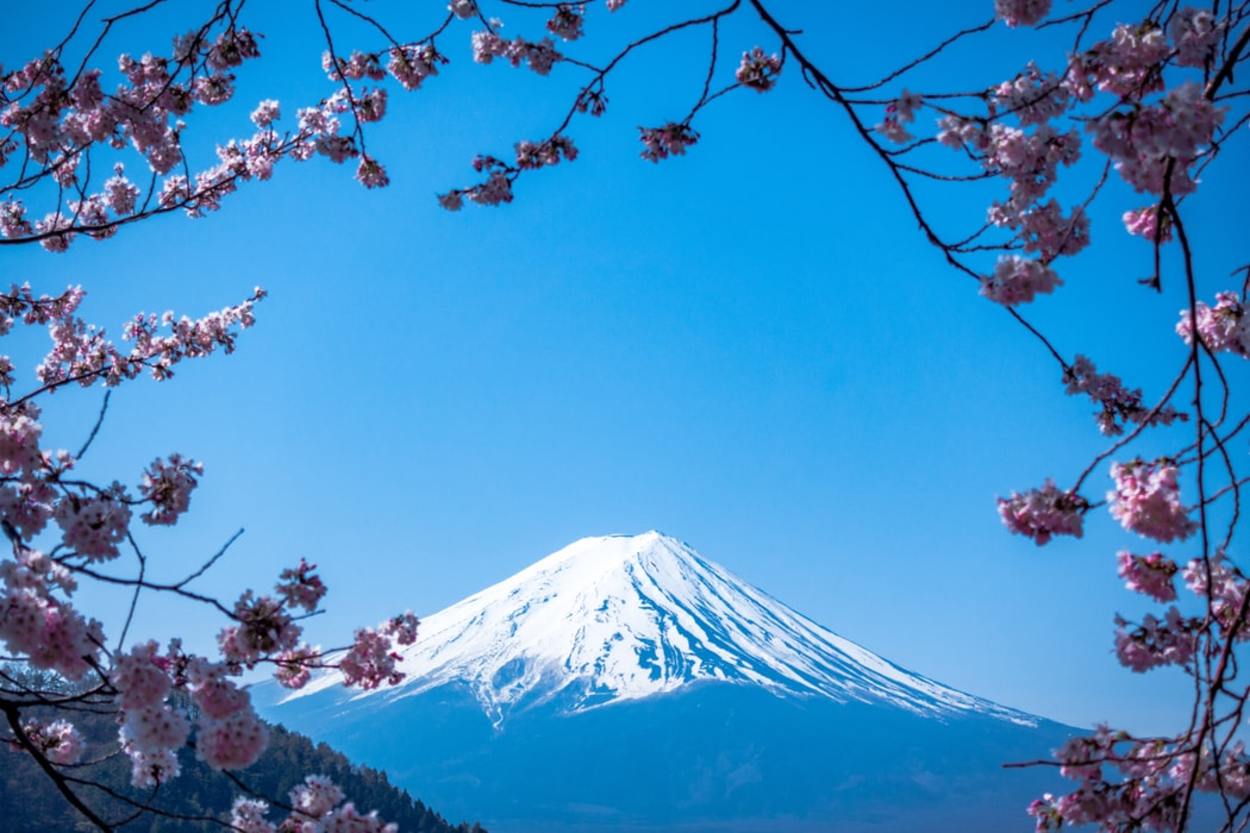 With Japan’s extended working schedules and work-focused lifestyles, energy drinks are a pretty common sight, with notable local brands intermingling with the more recognizable international ones.

Interestingly, energy drinks from Japan seem to be noticeably healthier than their international counterparts. In fact, there are more than a few differences between energy drinks in Japan versus the ones in the US.

So if you happen to be living in Japan or simply want to try something new, here’s a quick overview of what energy drinks usually get you, as well as a few notable brands that might pique your interest.

Do Energy Drinks Help You Focus?

Energy drinks can help you focus as they contain caffeine, a stimulant that can improve cognitive functions.

Caffeine is probably the most important and common ingredient in energy drinks/ Without it, energy drinks wouldn’t be as effective as they are now.

A 2017 study found that the ingestion of a regular Red Bull significantly improved attention and memory among 24 volunteers, which is mostly attributed to caffeine more than anything else.

So if you’re feeling sleepy and need to focus, grabbing an energy drink can help you get back in the game with increased energy levels and cognitive functions.

Are Energy Drinks Good For All-Nighters?

Energy drinks are good if you plan to pull an all-nighter as caffeine can keep you awake for hours.

Caffeine can make you stay awake for hours, especially if you have it a little too late into the night. But if you’re planning to pull an all-nighter, or simply work the graveyard shift, then energy drinks would be perfect for that.

After all, there’s a reason that it’s not recommended to have caffeine a few hours before bedtime.

Having caffeinated beverages before bedtime can make it difficult for you to fall asleep and could even cut down your total sleeping time, which leads to feeling tired the next day from the inability to sleep.

If you would like to know which energy drinks happen to be best for keeping you up in the night, take a look at the article I’ve written on the best energy drinks for an all-nighter for some of my personal favorites.

Is It Healthy To Consume Energy Drinks Before Workout?

Energy drinks are good to drink before a workout as caffeine can improve your physical performance.

Caffeine is known to be an efficient ergogenic aid that can enhance your endurance, strength, and other physical aspects of your workouts. In short, it can definitely help improve your workout performance.

With energy drinks, you’ll be able to have a longer and more productive workout, with a sustained focus so you won’t easily get sidetracked.

If you plan to have an energy drink before your workouts, you should have a can at least 45 minutes before you start exercising for optimal effect and performance.

Is Caffeine Good For Fatigue?

Caffeine is good for boosting your energy levels while relieving the symptoms of fatigue.

Caffeine is a well-known stimulant that is derived from natural sources like tea leaves and coffee beans. It is found in many common beverages like coffee, tea, and energy drinks.

Caffeine doesn’t only increase alertness, but it also helps to combat the onset of fatigue. With caffeine, you’ll feel less tired and more energized to go on with your day, but you must remember that it’s not a substitute for sleep.

Another thing you should be aware of is that caffeine can’t be taken in excessive amounts. For reference, the FDA recommends a daily caffeine intake of 400mg for healthy adults. Having more than that could lead to adverse effects like:

Therefore, make sure to moderate your daily intake and consume caffeine within the recommended daily limit. You should also get enough rest, so you don’t easily get tired and have to depend on energy drinks all the time.

From increasing your mental concentration to helping you to absorb information better, caffeine can certainly enhance your mental performance briefly until the effects wear off.

According to a 2016 study, a low to moderate dosage of caffeine can improve alertness, vigilance, attention, and reaction time.

In fact, caffeine-containing energy drinks can even improve or sustain your mood and performance in cognitively demanding tasks.

So, if you need a boost in brain power and mental focus, having energy can definitely help. Of course, make sure to not go overboard with the caffeine and follow the FDA’s daily caffeine limit.

If you want to know more about how caffeine can affect cognition, check out this video:

Are Energy Drinks Popular In Japan?

Energy drinks are pretty popular in Japan, mostly due to the rather hectic work culture.

Unlike the US, energy drinks in Japan are more often known as pharmaceutical drugs, quasi-drugs, or carbonated beverages.

Quasi-drug energy drinks are preferred by middle-aged workers as these beverages contain ingredients that can combat physical exhaustion, and improve appetite and energy levels.

Energy drinks sold in Japan are also formulated with amino acids, vitamins, and other nutrients in addition to caffeine to enhance overall health and wellbeing.

The way I see it, energy drinks in Japan actually contain beneficial ingredients to boost energy, performance, and health.

On the other hand, most other energy drinks (especially US-based ones) can have an excessive amount of caffeine and sugar, which leads to a number of negative effects on your health in the long-run.

So, if you happen to be living in Japan or planning to visit one day, you won’t have to worry about finding an energy drink, although it might be a little different from your everyday Monster.

Do They Have Monster Energy In Japan?

You can easily find Monster Energy drinks in convenience stores in Japan.

Monster Energy drinks can be found in the majority of convenience stores in Japan. If you’re lucky, you might stumble across some Japanese-Exclusive flavors, such as Monster Extra Strength and Monster Cuba Libre.

Known as Lipovitan in Japan, Livita Energy is a product of Taisho Pharmaceutical Co. and was designed with a formula of caffeine, vitamins, and antioxidants to boost energy and improve performance.

The specific amount of caffeine isn’t stated on the label of the bottle and warning labels aren’t available on it either, so it can be concluded that this drink is suitable for all ages and even pregnant or breastfeeding women.

Plus, Livita has a small calorie and sugar content, so it has a minimal impact on your diet. This drink also contains a number of ingredients to enhance your health and fitness levels.

Although Livita has a small serving size, it provides a subtle yet effective boost without the pesky crash later, which is great if you’re looking for a more sustained boost.

If you want to know more about Livita and my experience with it, check out my article on the caffeine and ingredients of Livita energy drink, which you may find helpful.

With its international reach and brand recognition, it’s not surprising that you can find yourself face-to-face with a can of Red Bull whilst perusing through a Japanese convenience store.

With its low caffeine content, Red Bull is great for almost everything: be it studying, gaming, or just plain working. Besides, Red Bull has a wide selection of flavors for every taste and preference.

However, Red Bull does have a drawback, which is its high calorie and sugar content. Not a problem if you exercise, but if your lifestyle is more sedentary, you may want to opt for other drinks with less sugar.

Overall, Red Bull is still a good drink, although it’s not advisable to have it regularly.

For an in-depth discussion on Red Bull and its effects, you can check out the article I’ve written on Red Bull Energy review for my take on this drink.

Another energy drink product courtesy of Taisho Pharmaceutical Co., Tiovita is described as a vitamin health drink for relief from physical exhaustion.

Like Livita, Tiovita comes in 100ml (3fl.oz) bottles and consists of 70 calories, 50mg of caffeine, and 1000mg of taurine. Tiovita doesn’t specify the total amount of sugar it has, but it does have high fructose corn syrup, so you should expect some sweetness from this drink.

Tiovita’s caffeine content is quite small yet effective. It also has a low-calorie content, which is a plus if you happen to be on a diet. Plus, it’s packed with lots of B vitamins and amino acids.

Make sure to take note of the warning labels too, as you can only have one bottle of Tiovita per day, and individuals under 15 are not recommended to have this drink.

If you’re interested to try something new and prefer having your caffeine on the lower side, Tiovita is the energy drink for you.

REIZE is a powdered energy drink that comes in light 4g sachets, making it convenient for you to bring it around anywhere you go.

With a reasonable 50mg of caffeine, REIZE is sugar-free and has just 11 calories for every serving. REIZE doesn’t just spare you from unnecessary sugar, but it also won’t leave a dent in your overall diet.

Plus, REIZE has a special blend of healthful ingredients like 1000mg of taurine, ginseng, and B-group vitamins that work together to supply you with the perfect energy boost without the dreaded sugar crashes.

The best part? REIZE ships right to your doorstep for only $1 per sachet, which is outstanding value for money.

Give REIZE a try, and you might find that it’s the best energy drink for all your energy needs.