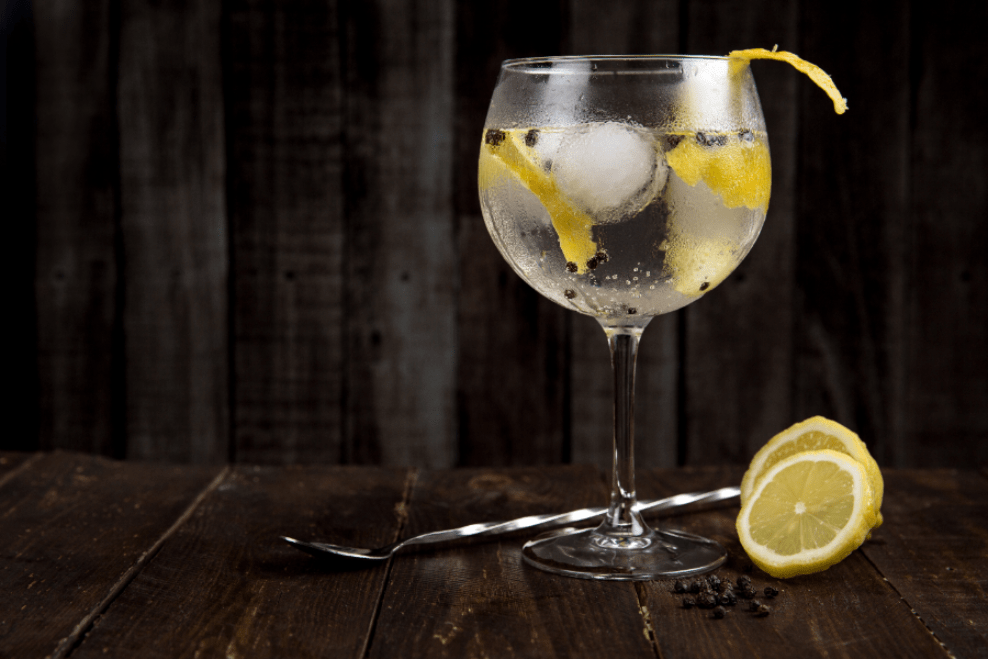 There’s nothing quite as universal as mixing alcohol with other beverages. Soda, seltzer water, coffee, you name it, someone has probably mixed it with alcohol at some point.

Naturally, we’ve started mixing alcohol and energy drinks together too which has produced some mixed results.

Now, this article isn’t about whether you should mix alcohol and energy drinks (because you really shouldn’t). But if you’re the type that likes to go out on a “responsible” weekend bender, you’ve come to the right place.

What Do Energy Drinks Do?

Energy Drinks are known for stimulating awareness, improving exercise performance, and giving you an overall feeling of being energized after you drink them.

Caffeine plays a big part in this as it binds to the adenosine receptors in your brain, which makes you feel less tired and more aware of your surroundings. It’s also been proven to have many benefits, such as:

All of which is pretty beneficial for you when you’re going for a run or planning to finish up that final assignment.

How it benefits you is that the sugar found in energy drinks—sucrose or glucose—is broken down. This gives energy to your cells while the sweet taste induces a dopamine hit to improve your mood.

All of this is just the short version. If you’re looking for something more in-depth, I’ve written an article on energy drink ingredients and what they do, which goes into a lot more detail.

What Does Alcohol Do?

Alcohol is one of the most widely consumed drugs on the planet. Alcohol (namely ethanol) does a variety of things to the human body, reducing inhibitions and even leaving you passed out on the floor.

Of course, not all alcoholic beverages are made equal. A lot depends on the alcohol content per volume of drink.

A typical beer will have an alcohol content of around 5%, whilst stronger drinks such as vodka may be around 40%.

This is why you might be fine after two beers but flailing your limbs off after two shots of tequila. The more alcohol content (not volume) you consume, the faster it is you’re going to get drunk.

For a more in-depth look at how alcohol makes you feel and its effects, this video below should do the trick.

There are numerous short and long-term side effects of alcohol consumption. If you’re interested in them, the CDC has a really informative web page detailing all of them here, so check that out.

What Happens When You Mix Alcohol and Energy Drinks?

Mixing alcohol and energy drinks, apart from taste and preference, is often pretty bad due to the potentially deadly interaction between caffeine (a stimulant) and alcohol (a depressant).

Cutting to the chase, the caffeine from energy drinks may mask the effects of alcohol, making you feel more alert than you actually are.

In fact, energy drinks don’t cancel out the effects of alcohol, but instead, it only puts you under the false impression that it does.

Unfortunately, your motor controls and reaction time are just as impaired if you mixed the same amount of alcohol with any other drink.

For a more detailed understanding, the CDC goes a lot deeper into the dangers of mixing alcohol and energy drinks, so give it a look for more.

Should you Mix Alcohol with Energy Drinks?

I would highly recommend not mixing alcohol with energy drinks, especially if you’re spending a night on the town. If you do want to try and mix these drinks, do them in the comfort of your own home and only ever in moderation.

But again, I seriously don’t suggest you try this. I’m just realistic about the fact that millions of people around the world do mix energy drinks with alcohol, so I want to encourage you to do it in the safest and smartest manner possible.

Mixing alcohol and energy drinks together can cause some nasty side-effects and repercussions as compared to if you just had one of them on its own.

You’re a lot more likely to wind up with more alcohol in your system because you don’t feel as drunk as you are in actuality, as the caffeine masks the effects of alcohol.

This can lead to an increase in alcohol-related injuries, even lower inhibitions, and a host of other alcohol-related problems, such as blacking out and an even worse hangover the next day.

Are There Alcoholic Energy Drinks?

While there used to be alcoholic energy drinks, they have been, for the most part, been discontinued.

Alcoholic energy drinks are relics of an earlier time when the health and safety of mixing alcohol with energy drinks weren’t as well known or understood.

And if you’re worried that some energy drinks may contain alcohol, fret not. Normal energy drinks shouldn’t contain any alcohol unless you’ve added it yourself (energy drink companies would get into a lot of trouble if they did).

Now, even after all I’ve said, if you still insist on mixing alcohol and energy drinks together, let’s figure out what to look out for when selecting your energy drink mixer of choice.

Your standard energy drink contains anywhere from around 50 to 300mg of caffeine per serving. For context, a regular cup of coffee has anywhere from 0 to 500mg.

The FDA generally sets a daily caffeine intake limit of no more than 400mg per day, and any more might lead to side effects such as:

While the hard limit for caffeine is 400mg per day (or per night out), when mixing caffeine with alcohol, you don’t want to pick an energy drink with too much caffeine.

The more caffeine there is, the more pronounced its effects are when weighed against alcohol, which really isn’t a good thing.

Saying this, you’re usually not pouring in the whole can when you’re mixing drinks, so you probably won’t have as much caffeine in your system as when you drink straight from the can.

However, it is worth pointing out that if you tried to drink, say “vodka Red Bull” all night long you may end up consuming an awful lot of Red Bull, and probably way more caffeine and sugar than your safe daily quota.

This is no joke. Ever felt your heart beating in your chest after a few too many vodka Red Bulls? This is probably the reason why..

If this were any other article, I would be stressing about the dangers of sugar, and how the AHA recommends a daily sugar limit of 25g for women and 36g for men, and why sugar-free options are better for your health.

But in this context, some sugar in your energy drink might actually help slow down the absorption (and effects) of alcohol, reducing the risk of alcohol-related injuries.

Now, this isn’t to say you should get and get the sugariest energy drink available (that still won’t be doing your health any favors), but it’s something to consider getting when picking out energy drinks to mix alcohol with.

The more notable ingredients that might interact with alcohol are:

Taurine, a common ingredient in energy drinks, is said to improve exercise performance and promote metabolism.

When combined with alcohol, however, taurine may play a part in assisting caffeine in masking the immediate effects of alcohol.

Ginseng extract, which is an extract that is found in popular energy drinks such as Rockstar, might be helpful in relieving the effects of alcohol.

For a basic reference, the CDC recommends a moderate drinking limit of one drink for women and two drinks for men, with a drink being classified as:

Just a tip: be aware of the alcohol content, how much you’re putting into the mix, and the overall energy drink to alcohol ratio, so you don’t get utterly smashed.

Again, as caffeine masks the effects of alcohol, know that mixing the two drinks can make you feel soberer than you actually are, which can have disastrous consequences.

As always, whenever you’re drinking alcohol, drink responsibly, and try to be as safe as possible.

Finally, we get to the juiciest section. In no particular order, here’s the list of energy drinks that I personally feel are acceptable for mixing with alcohol if you’re hellbent on doing it (though again, I still don’t recommend it).

Red Bull is on the list for its incredible versatility and near-universal presence in mixology bars and online cocktail recipes. The Redbull Vodka is Wikipedia-certified, which says something about its popularity.

Your standard 8.4 fl.oz can of Red Bull contains 110 calories, 27g of sugar, and 80mg of caffeine, which is a decent amount for mixing into your alcoholic beverage of choice.

If you want to know more about Red Bull and it’s ingredients, check out the article I’ve written about it here.

Fun fact: Did you know that Red Bull was previously banned in several parts of the world?

Java Monster isn’t quite like any other energy drink. It’s actually more of a hybrid between coffee and energy drinks, having a more refined, creamy texture, unlike the usual pop and fizz of most energy drinks.

Every 11 fl.oz of Java Monster contains 160 calories, 26g of sugar, and 137mg of caffeine. Slightly more caffeine than Red Bull, but still within acceptable daily limits.

If anything, mixing this with alcohol will make it taste more like Irish Coffee than your usual night-out drinks, but if that’s your jam, then Java Monster might be right up your alley.

As a standalone, XS is probably one of the healthier energy drinks in the market. It has 10 calories, no sugar, and 80mg of caffeine, which makes it a pretty good mixer for whatever hard liquor you want to throw in.

Be warned though, the lack of sugar does mean that there is no alcohol buffer like the other two drinks above, so be prepared to get very, very drunk.

If you want something that can go well with that shot of JD, why not try REIZE?

REIZE is a powdered energy drink that comes in a 4g sachet. With a sensible 50mg of caffeine, it’s completely sugar-free and has only 11 calories per serving.

Its powdered form means you can very easily mix it into almost any drink without worrying about liquids spilling over (though do still keep in mind which alcohol you’re pouring the sachet into).

Looking for some extra zest, flavor and energy in your favorite drink? Sprinkle a little REIZE on top, give it a stir and voila!

REIZE contains a smart blend of taurine, ginseng, and B-group vitamins to give you the perfect energy boost without the crash afterward.

So give REIZE a shot (pun intended), and I’m sure you’ll find that it’s great for just about any occasion.

Best Energy Drinks For Memory (Remember, Remember)
← Previous
How much caffeine is in Bang? (the truth)
Next →
Comments are closed.