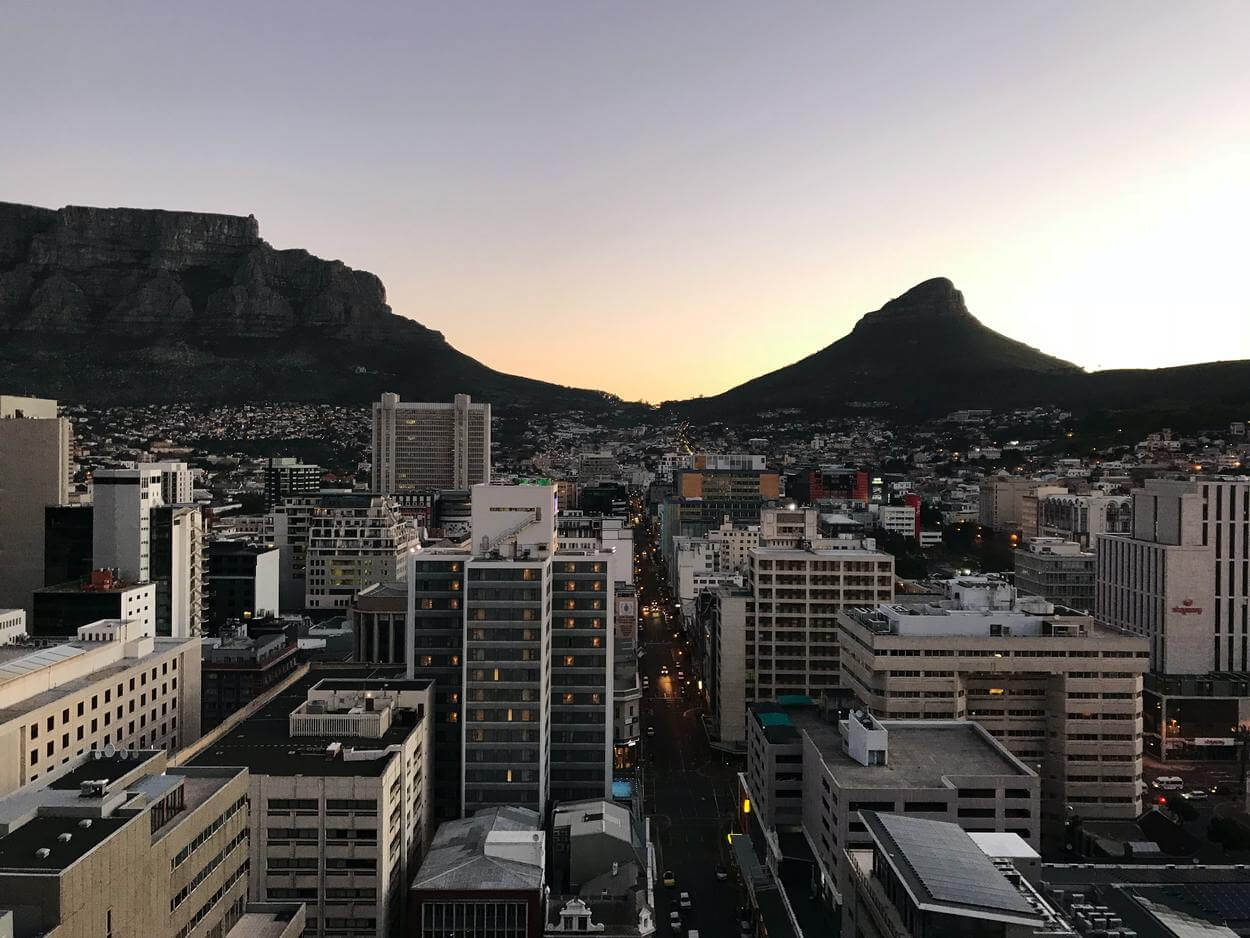 Energy drinks are growing to become a big hit in South Africa with the prominence of long working hours, busy schedules, and hectic city lifestyles.

Packed with caffeine and tons of other ingredients, energy drinks can be a quick source of energy and a performance booster at the same time, helping people to keep up with their fast-paced environment.

So, if you happen to be living in South Africa, or just curious to know what the people there love as their pick-me-up, here’s a simple breakdown of the benefits of energy drinks, along with a few noteworthy brands at the end.

Energy drinks are good for weight loss, depending on the type of energy drink you buy and the ingredients it contains, though it generally falls onto you to put in the effort.

Energy drinks are filled with caffeine, amino acids, vitamins, and other ingredients that can be beneficial for your weight loss journey.

That said, it’s undeniable that the most helpful ingredient in weight loss would be caffeine.

One of the benefits of caffeine is increasing fat burning as well as your metabolism. It can help break down fats and mobilize the fatty tissues into your bloodstream. Of course, nothing much will change if you don’t exercise to burn the fat off.

As for metabolism, while caffeine does increase your metabolism, you would still need to work out to properly shed the calories you don’t want anymore. It’s been noted that the larger the doses of caffeine are, the higher your metabolism will be.

Still, that isn’t an excuse to guzzle on as many energy drink cans as you want, since it’ll cause you to build a tolerance to caffeine after some time, which leads to a decrease in the benefits of caffeine.

Plus, keep in mind that caffeine is meant to be taken in moderation. For guidance, the FDA recommends daily caffeine intake of up to 400mg for healthy adults. Anything else than that, and you might end up with unfavorable effects like:

Hence, be sure to moderate your caffeine consumption, and monitor your energy drink intake to stay on the healthy side. If you want to achieve the best results in your weight loss journey, I’d suggest a routine of consistent exercise as well as a healthy diet.

If you want to include energy drinks in your workout routine, it’s best to go for the sugar-free ones instead, as they won’t contribute any unnecessary calories.

Caffeine is a great performance-enhancer, which is the reason athletes, students, drivers, and even gamers drink it.

Caffeine carries a lot of benefits, which is why it’s often consumed in many types of situations, whether it’s during sports or when you’re doing your studies.

Endurance, strength, and aerobic athletes usually benefit from caffeine, as it can sustain their energy levels for extended periods of time, increase muscle strength and enhance speed.

A 2016 study involving 18 recreational endurance runners reported that consuming an energy drink before exercise improved running performance, which could be attributed more to caffeine than any other ingredients.

Fun fact: Between 1984 and 2004, caffeine was banned from sports competitions by the International Olympic Committee and anti-doping authorities.

Nowadays, athletes are free to consume caffeine before their competitions start without any issues.

In addition to physical performance, caffeine can also enhance mental performance, particularly in areas concerning attention, vigilance, alertness, and reaction time. Thus, you’ll be able to focus longer and react faster to stimuli around you, which comes pretty handy when you’re in class or gaming.

Of course, while caffeine makes a great performance-enhancer, be sure not to double down on caffeine, as it could lead to some unpleasant side effects.

For more information on how caffeine helps improve performance, check out the video below:

Sugar can give you a sugar rush, but it won’t make your brain work better, in fact, it would likely reduce your mental performance from the crash.

Energy drinks are heavily associated with high sugar contents since they’re typically extremely sweet and filled with loads of calories unless you go for the sugar-free versions.

While sugar is generally tasty and could provide you with a temporary energy boost, it isn’t something you’ll want to consume often.

On the topic of sugar and brain functions, a high sugar intake can actually lead to memory damage and potential mental disorders.

Plus, sugar also reduces your mental performance, as it can bring harm to your blood vessels, especially if you have too much of it.

That said, avoiding eating your favorite cake or ice cream isn’t the best way to cut down on your sugar intake. Having some sugar once in a while is perfectly okay, as enjoying the things you love to eat and drink is what makes life worth living.

After all, your brain actually feeds on glucose for fuel, since it’s the most energy-demanding organ in the body.

The best way you can control your sugar intake is by reducing the frequency at which you consume sugary foods and drinks. You should also include more fruits and vegetables in your diet, as these foods contain glucose and other important nutrients for your health.

All in all, provided you have sugar in moderation, you’ll be able to maintain both your mental performance well as remain healthy.

If you’re not too fond of sugar, have a look at the article I’ve written on the best sugar-free energy drinks, for some healthier alternatives.

Caffeine can definitely affect cognitive performance in a positive way.

Aside from making you more alert and vigilant, caffeine can improve your brain functions as well, helping you to pay attention longer and understand what you’re learning faster.

A 2017 study reported that consuming a Red Bull significantly enhanced memory and attention among 24 volunteers, which is heavily due to the caffeine present in the drink than anything else.

As such, having some caffeine, whether it’s in the form of coffee, tea, or an energy drink (if you want a quick drink) can help you in situations that require you to put on your thinking cap.

Energy drinks have become an important part of the gaming scene in recent years. This isn’t surprising, considering that some games can take up hours, consuming lots of energy over time.

With a blend of caffeine, sugar, and other ingredients, energy drinks can help counter the fatigue and decline in mental agility, helping you to stay up longer and maintain your concentration on the gaming match.

A 2014 study reported that the consumption of caffeine may have long-term benefits on cognitive skills, aside from providing a temporary mental boost.

Plus, energy drinks can also help uplift your mood, as found in one study whereby energy drinks were discovered to improve or even maintain mood and performance during cognitively demanding situations.

Thus, having a can of energy drink can not only get you hyped and alert but also keep your head in the game.

In fact, many energy drinks have noticed the increasing consumption and usage of energy drinks in the gaming community that they even started sponsoring gaming teams and competitions. Some known brands to do so are Game Fuel, G Fuel, and Bang.

Of course, while energy drinks can increase your performance and gaming experience, be sure to moderate your intake as you could easily over-consume these drinks while you’re caught up in the game.

You also consider having water or other drinks while gaming to maintain your health in the long run.

With its international reach and brand recognition, it’s no wonder Monster is a big hit in South Africa, stealing the hearts of many with its great taste and boost.

Each 16 fl.oz can of Monster has 160mg of caffeine, 54g of sugar, and 210 calories, accompanied by energy-boosting ingredients like ginseng, L-Carnitine, and taurine.

Monster also has a wide selection of flavors, which is a bonus, especially if you like switching between flavors.

Formulated for enhanced performance, Rockstar comes with its special blend to get you ready to rock and roll.

Every 16 fl.oz can of Rockstar contains 160mg of caffeine, 24g of sugar, and 122 calories, with beneficial ingredients like taurine, guarana, and ginseng.

If you’re not a big fan of Rockstar’s sugar content, Rockstar also offers a sugar-free and sugarless version, which might cater to your liking instead.

For a detailed discussion on the potential effects of Rockstar on your body, check out my Can You Drink Rockstar Everyday article to find out more.

From the makers of Sprite and Fanta, Coca-Cola Energy is the caffeinated version of everyone’s favorite soda, with that familiar fizz and sweetness.

Each 8.4 fl.oz can of Coca-Cola Energy has 80mg of caffeine, 26g of sugar, 105 calories, along with a handful of B vitamins and some guarana extract.

While the Original energy drink is good, Coca-Cola Energy has a sugar-free version that has the same caffeine content, ingredients, and benefits.

REIZE is a powdered energy drink that comes in light and convenient 4g sachets. With a rational 50mg of caffeine, REIZE is sugar-free and has only 11 calories in each serving.

Plus, REIZE contains a smart blend of beneficial ingredients such as taurine, ginseng, and B-group vitamins that work together to supply you with the perfect energy boost – no crashes involved.

The best part is that REIZE ships to your home for only $1 per sachet, which is amazing value for money.

Give REIZE a try, and you might find it to be the best pick-me-up for your daily energy needs.

What Is The Average Price Of An Energy Drink?
← Previous
Best Energy Drinks To Stay Awake While Driving
Next →
Comments are closed.