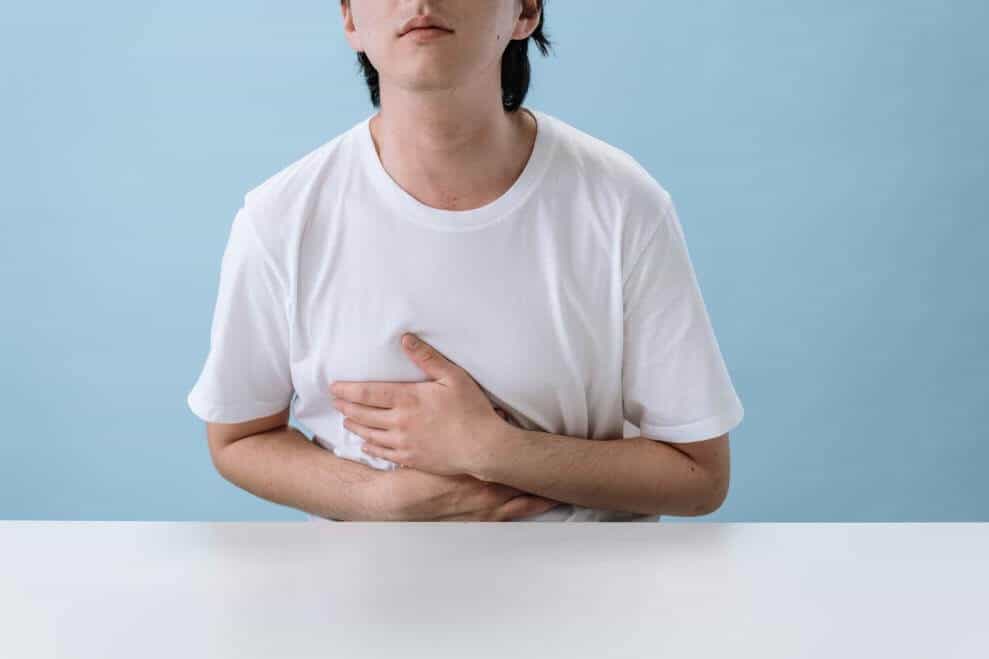 It can be uncomfortable and exhausting when you have diarrhea. Whether mild or chronic, nobody likes being in pain and going in and out of the bathroom multiple times.

When you have diarrhea, you’ll probably feel sick and lethargic too. You may just want to lay in bed until the discomfort and pain gets better. But some of us don’t have the luxury of staying at home to recover and instead might have to work or go to class.

During these times, you might feel that you need an extra energy boost to help you get through your day.

Energy drinks are well-known for providing energy when you’re tired or sleepy. Generally speaking, they make you feel more awake and alert.

Note that energy drinks are ill-advised when you’re dealing with diarrhea, although they can provide you with energy after an episode and once you’re feeling better again.

In this article, I’ll be talking about how energy drinks can help you after recovery from diarrhea and suggest a few of the best options that you can try out.

We often recognize diarrhea when we experience stomach aches or stomach pains accompanied by the frequent need to relieve ourselves.

There are many symptoms of diarrhea and you could experience one or a combination of them:

Diarrhea typically lasts from a few hours to several days and often goes away without any treatment, provided you take care of your health.

If you experience severe symptoms like extremely high fever or severe abdominal pain, you should visit your doctor immediately.

There are a few causes of diarrhea, including certain diseases and conditions such as:

Is Caffeine Good For Diarrhea?

Caffeine is not recommended when you have diarrhea. One of the biggest no-nos, when you’re dealing with a stomach bout, is eating or drinking anything that contains caffeine.

According to Healthline, one of the adverse effects of having too much caffeine is potential digestive issues.

Caffeine can cause bowel movements due to its laxative properties, which produces a hormone that stimulates activity in your colon.

That’s the reason some people experience diarrhea after consuming large amounts of caffeine and why some people say that drinking energy drinks or coffee makes them need to poop.

Based on the guidelines from the FDA, healthy adults are recommended to consume no more than 400mg of caffeine in a day.

Take note of the ‘healthy’ part. If you aren’t feeling well, it’s best to avoid caffeine for the time being.

Excessive consumption of caffeine isn’t beneficial for your overall health either. High doses of caffeine can lead to negative effects like:

So, if you have diarrhea, you should skip your morning coffee or energy drink to allow your digestive system to fully recover. In the meantime, drink clear fluids like water, sports drinks, and clear broth until you’re better.

It’s also a good idea to have a good understanding of your reaction to caffeine in order to determine your caffeine tolerance.

Some people tend to be more sensitive to caffeine and can’t have caffeinated beverages without experiencing some accompanying side effects.

Personally, my caffeine preference is around 50mg – 100mg per serving. If I go over that amount, I know that I might end up with an upset stomach and a case of the jitters.

If you have a hard time staying away from caffeine then you may actually be addicted to caffeine.

I’ve written an article that covers caffeine addiction that you might find interesting which also provides you with some methods to help you with the issue.

Can Caffeine Cause Dehydration?

Mayoclinic states that caffeine doesn’t cause fluid loss or dehydration. It does have mild diuretic effects, which may increase your need to urinate.

Though, for caffeine to have any diuretic effects, it requires large doses, which is more than 500mg per day. But, if you consume that much caffeine, you’ll probably feel the severe side effects of caffeine first before needing to worry about dehydration.

In any case, you should never consume that much caffeine in a single day anyway.

A 2014 study reported that consuming caffeine in moderate amounts is as hydrating as drinking water.

However, it’s a different story if you’re already losing a lot of fluids, thus it’s better to avoid caffeine when you’re suffering through a bout of diarrhea.

It’s not a good idea to consume foods and drinks that are high in sugar when you have diarrhea.

Though a moderate amount of sugar is good for an energy boost, its effects are only temporary. In fact, too much sugar can cause diarrhea.

An article from Livestrong explains that when you consume sugar, your stomach tries to dilute it with water and electrolytes.

The build-up of fluids in your stomach speeds up the movement of your stomach contents into the small intestine. This process triggers a hormone that stimulates bowel movement and causes your intestines to release more water into your digestive tract.

An excess of sugar could overload your digestive system, which might lead to bloating, abdominal pains and diarrhea.

Another type of sugar called fructose might also cause diarrhea and digestive issues. Fructose can be naturally found in fruits and is also one of the components of regular sugar.

If your stomach is sensitive, you should control your consumption of certain fruits and foods and drinks that contain fructose.

You might also have a sugar intolerance, which is surprisingly pretty normal in most people though the severity of it depends on the individual.

Besides, too much sugar is never good for your health, as it can lead to sugar crashes and health risks in the long run like:

You can keep track of your daily sugar consumption by following the AHA’s guidelines for the maximum recommended daily sugar intake:

Try to look for sugar-free energy drinks as they’re better for you when you’re still feeling the aftereffects of diarrhea so you won’t overload your digestive system with sugar too soon.

Do Energy Drinks Help With Diarrhea?

Energy drinks can help you in many ways after you’ve recovered from diarrhea.

When you’re recovering from diarrhea, you may feel weak and tired.

This is the part where energy drinks come in.

Energy drinks, as their name implies, can increase your energy levels, reduce symptoms of fatigue, and maximize your alertness.

Another study reported that the consumption of caffeine increased overall alertness and vigilance.

Consuming energy drinks can also improve your mood, making you more prepared and motivated to face any mentally-demanding tasks.

Furthermore, it’s also proven that caffeine can increase problem-solving skills, which can be useful when you’re still feeling the awful effects of diarrhea.

The most important thing you should remember is to practice a moderate consumption of energy drinks even when you’re feeling better.

Is It OK To Drink Red Bull After Recovering From Diarrhea?

The caffeine content in Red Bull is moderate so it’s less likely to induce serious side effects after one or two cans. Of course, this depends on your caffeine metabolism and tolerance.

However, a can of Red Bull has a rather large amount of sugar which can be a cause for concern. It won’t be much of a problem if you’re healthy, but since you’re still recovering from diarrhea, it may upset your stomach.

Still, you always need to consume these energy drinks in moderate doses to minimize the risk of an overdose.

Fun fact: did you know that Red Bull was once banned in parts of Europe?

Drinking beverages that have salt is good when you have diarrhea to help retain the fluids in your body since salt contains electrolytes.

Amino Energy has a moderate amount of caffeine which’ll give you a sufficient energy boost when you’re still reeling from the symptoms of diarrhea.

Amino Energy is also sugar-free so it won’t upset to your stomach.

Amino Energy costs about $2 per can, I’d say that’s a reasonable price for the perks you can get out of it.

If you’re interested to learn more about Amino Energy, feel free to check out my article on whether Amino energy drinks are bad for you here.

Bing energy drink has 120mg of caffeine, 9g of sugars, and 40 calories.

The caffeine content in Bing is a little higher than I usually prefer and might be better if you’re a regular caffeine drinker.

Bing also has small amounts of sugar and just a few calories, which won’t likely lead to any stomach aches. Plus, Amino Energy contains real fruit juice and may bring some benefits to your health at the same time.

The price of one can of Bing is roughly $2, depending on where you get it. I’d say that’s a pretty good deal.

If you prefer an energy drink with a considerable amount of caffeine and low sugar content, then Bing might be the right choice for you.

With a sensible 50mg caffeine amount, REIZE delivers the perfect energy boost to get you ready to face the day without worrying about any side effects from too much caffeine.

Besides that, REIZE is sugar-free, so that means no sugar crash that’ll leave you feeling tired and lethargic afterward.

REIZE also contains healthy ingredients like B vitamins, taurine, and ginseng which work together to ensure your energy levels are at the optimum level.

Furthermore, REIZE comes in light 4g sachets, which make it easy to carry around anywhere you might need a boost of energy.

The best part is that REIZE is also super affordable.

REIZE costs only around $1 per drink, including shipping.

Try REIZE energy drink today and you may also find that REIZE is a great option for when you’re recovering from diarrhea.

Irritable Bowel Syndrome (IBS) may sound comedic but it's a serious matter that many are suffering from on a daily basis. If you're suffering from IBS you might have to pay attention to your food...

Continue Reading
link to Energy drinks - is it safe to drink one a day? (health info)

From Monster to Red Bull, who hasn't heard of energy drinks? They're the miracle energy-boosting solution of our generation. I'm pretty sure most of us drink energy drinks whenever we're feeling...