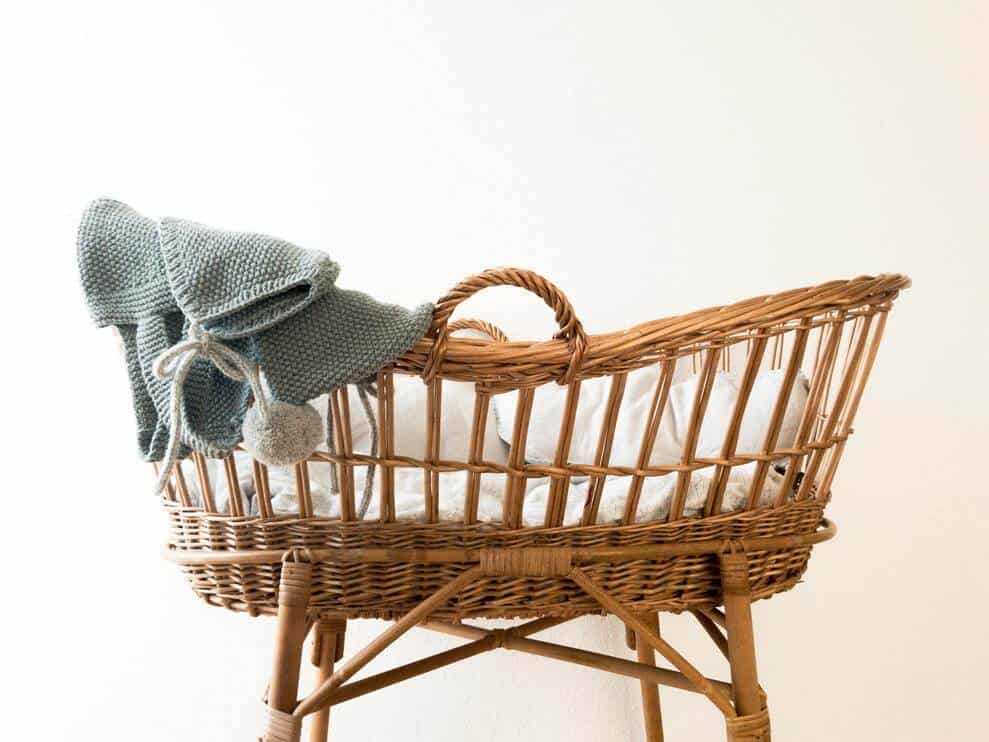 Children today are consuming more and more caffeine as they’re exposed to caffeinated beverages like coffee, tea, soda, and cola.

It’s starting to become an issue as there seems to be a rise in the consumption of caffeine and ensuing health issues among the younger demographic.

Caffeine can have adverse effects on children and adolescents. For babies, the impact of caffeine could be lethal.

Let me be clear, you should never give your baby energy drinks.

But what happens if your baby accidentally consumes energy drinks or caffeine?

This article will explore some issues concerning energy drinks and caffeine for children and babies, and give advice on what to do in case your baby ever accidentally drinks an energy drink.

Babies can’t drink energy drinks and it’s absolutely not okay to allow or give babies energy drinks, regardless of how mild they are. Energy drinks can cause irregular heartbeats and an increase in body temperature, which could risk the life of your baby.

Depending on the brand, an energy drink can have as little as 50mg of caffeine per serving to a whopping 300mg or more per drink.

Even some adults with a high caffeine tolerance experience occasional side effects after drinking a lot of caffeine, so you can imagine what these drinks will do to a baby.

Besides, energy drinks also have other ingredients like taurine, herbal extracts, B vitamins, sugar, sweeteners, and artificial flavorings and colorings. These ingredients are completely unsuitable for a baby.

In fact, it could make your baby sick.

Unlike toddlers or older children, before reaching 9 months old, your baby’s organs haven’t fully developed yet and can’t efficiently clear caffeine or the other ingredients found in energy drinks.

So don’t by any means give your baby energy drinks.

What happens if you give a baby an energy drink?

Energy drinks have a lot of ingredients that might pose a risk to your baby’s health and may result in death. The American Academy of Pediatrics disapproves of the consumption of any form of caffeine by children and adolescents. Thus, you shouldn’t even think of giving your baby an energy drink.

Although it seems rather intuitive not to give babies energy drinks, studies have shockingly reported that about 15.2% of 2-year olds are already consuming caffeine.

It’s completely ill-advised to give babies of any age any energy drink.

Energy drinks contain caffeine, a stimulant that is generally consumed to increase alertness and wakefulness, and other ingredients that aren’t healthy for babies or children.

Since their bodies are small and not yet properly developed, they aren’t as efficient as adults in clearing the caffeine out of their system and even a small amount can be toxic.

Even for toddlers and young children, energy drinks should still be kept away from them. Early exposure to energy drinks could negatively impact their growth and brain development.

Can I have energy drinks while breastfeeding?

It’s not recommended for breastfeeding mothers to consume energy drinks. This is because when you drink energy drinks while breastfeeding, a small amount of caffeine can be passed along to your baby through your breastmilk.

Small amounts of caffeine can be passed along to your baby through breastmilk when the caffeine enters your bloodstream.

Although small doses of caffeine may not affect your baby or cause them any harm, you should still be on the lookout.

If your baby is more sensitive, he or she will become more restless and fussy after consuming breastmilk that contains traces of caffeine.

Breastfeeding mothers are recommended to consume less than 300mg of caffeine per day.

According to the FDA’s caffeine intake guidelines, adults should limit themselves to 400mg of caffeine daily. Of course, this amount includes all sources of caffeine.

Personally, I would recommend that you reduce your consumption of energy drinks or simply abstain from them in the meantime until you aren’t breastfeeding anymore.

Why are energy drinks not recommended for babies and children?

According to an article from WebMD, children are more prone to develop a heavier and more frequent consumption of energy drinks which could lead to caffeine addiction.

Unlike adults who know how to control their intake, children can have a hard time limiting their intake.

Plus, excessive consumption of energy drinks can lead to caffeine overdoses, cavities, diabetes and neurological and cardiovascular system effects in babies, children and adolescents.

Children who drink energy drinks regularly are more likely to develop sensation-seeking behaviors like drug and alcohol abuse and addictions to drugs.

There’s also a concerning trend among adolescents where they mix energy drinks with alcohol.

This is very dangerous as it could lead to excessive consumption of alcohol and an increased risk of committing dangerous activities like drunk driving and getting into fights.

Also, allowing your baby or child to drink energy drinks at a young age could alter their growth and development.

A 2009 study discovered that caffeine could affect children’s future preference for food and beverages, which could make them develop a preference for sweet caffeinated drinks.

In short, energy drinks shouldn’t be given to babies, children and adolescents.

As a parent, you need to play your part too and discourage your child from drinking energy drinks. Make sure to explain why they aren’t allowed energy drinks and the right time for them to have it.

Are energy drinks banned for minors?

In countries like Latvia, Lithuania, and the UK, sales of energy drinks are banned to minors under 16 years of age.

In my opinion, more countries should ban businesses from selling energy drinks to children and adolescents.

I strongly believe that energy drink companies shouldn’t encourage children and adolescents to drink energy drinks and stick to a target audience of adults and athletes.

Parents should also educate their children on this matter. It’s best to teach them from a young age about the dangers of energy drinks at their age.

What happens if my baby accidentally drinks caffeine?

Check your baby’s eyes to make sure they’re not dilated. If you notice symptoms like crossed eyes or rapid blinking that you find concerning, call your doctor to let them check your baby.

If your baby drank a lot of energy drink, contact your healthcare professional first, and get an evaluation. In this case, you might need to bring your baby to the emergency room.

In the future, you need to make sure your baby or toddler doesn’t get their hands on energy drinks anymore.

Can I let my baby consume caffeine when they’re older?

In my opinion, I wouldn’t recommend letting children or adolescents consume caffeine. There aren’t any caffeine intake guidelines for children, but the Centers for Disease Control and Prevention (CDC) has mentioned that caffeine and other stimulants don’t belong in the diet of children and teenagers.

Studies have found that children have a higher risk of developing caffeine dependence compared to adults. They can even develop a dependence on low doses of caffeine after frequent consumption.

Pediatrics suggest that children age 12 – 18 years old should only consume up to 100mg of caffeine in a day.

Children who don’t regularly consume caffeine could easily get caffeine overdose or caffeine intoxication after having caffeine since their bodies have yet to build up a tolerance.

Long-term effects of excessive caffeine intake in children may result in:

Plus, energy drinks don’t make a good addition to your children’s diets at all.

Personally, I think you shouldn’t let your children have any caffeine until they’re much older.

Caffeine can help premature babies to breathe and provide a boost to their lung functions. The earlier the dose of caffeine given, the more likely the premature baby will get a better start at life. This is usually conducted at the neonatal intensive care unit (NICU).

Studies have also confirmed that caffeine therapy has positive impacts on premature infants. Caffeine therapy seems to improve their breathing and decrease the risk of lung complications and lung diseases.

However, further studies on this method of treatment for premature babies are still being carried out to see if it could result in any long-term side effects.

Best energy drinks for babies (after they’ve grown up)

When your babies have become adults, that’s a different story. They’re free to drink any energy drink they like.

Hence, I have a few suggestions for energy drinks that they can try in the future.

A very popular brand, Red Bull would make a great starter energy drink. Red Bull has 80mg of caffeine, an amount I find to be very reasonable. It’s enough to give you an energy boost without many side effects unless your caffeine tolerance is quite low.

However, the sugar content in Red Bull is pretty alarming at 27g per can. If you’re not a fan of sugar but still like Red Bull, you can go for the sugar-free version instead.

Red Bull is also quite affordable, costing about $2 for each can. I would recommend Red Bull if you’re trying energy drinks for the first time.

One of the great features of Xyience is that it’s sugar-free, so it doesn’t have any calories. You also don’t need to worry about the risk of developing diabetes.

But the caffeine content of Xyience is quite high at 176mg of caffeine per can. If your tolerance to caffeine is higher, Xyience could give you the energy boost you need.

Xyience energy drink is about $4, which I find to be quite pricey. In my opinion, there are more affordable deals out there.

Though, if you have money to spare, you can give Xyience a try.

REIZE is a compact energy drink powder with a sensible 50mg of caffeine per drink.

REIZE is also sugar-free and contains great energy-boosting ingredients like ginseng, taurine, B vitamins, and other nutrients that work together to give you a great energy boost without a crash later.

REIZE is very convenient and can be mixed with almost any beverage you like, whether it’s juice, water, or tea.

REIZE ships straight to your door for only around $1 per drink!

Give REIZE a try and you might soon agree that it’s the best energy drink for babies once they’re all grown up.