Are G Fuel Cans Bad For You? (The Truth) 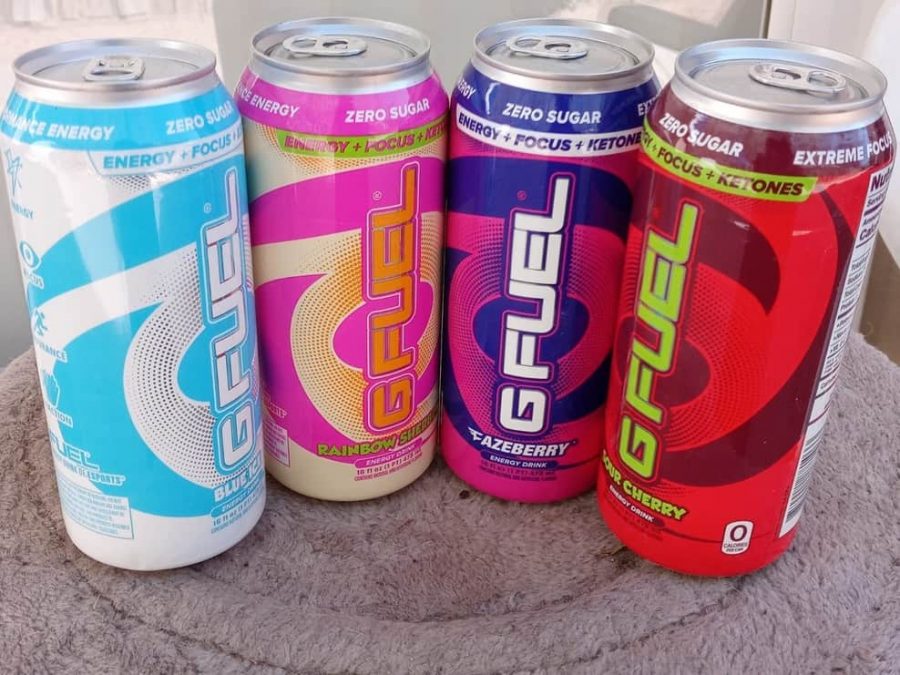 While more commonly known as a powdered energy drink, the ever-popular G Fuel also sells their product in the same ready-to-drink can form that you find most other energy drinks in.

But how effective is the G Fuel formula when it comes in a can?

In fact, you’re probably wondering if there are any negatives to G Fuel Cans considering how you can’t directly control the formula.

The quick answer is that as long as you have G Fuel Cans in moderation, it shouldn’t affect your health negatively, even if it lacks the flexibility of the powdered version of G Fuel.

If you’re looking for a more detailed answer and a deeper dive into the ingredients of a G Fuel Can and its potential impact, you’re in the right place.

First up, let’s take a look at the back of a G Fuel can (Sour Cherry) and see what the nutritional values can tell us:

Each 16 fl.oz can of G Fuel contains 0 calories, which is great if you’re on a diet or keeping track of your daily caloric intake.

The amount of assorted vitamins and minerals in G Fuel is also much lower than most other energy drinks (Red Bull has almost 250% of the recommended daily intake of Vitamin B6 for example).

There is, of course, the 300mg of caffeine that’s present in G fuel, but we’ll discuss that further down below.

All-in-all, G-Fuel cans don’t seem to be that bad for you at a glance, especially given the lack of both calories and sugar.

Looking for some other energy drinks to complement your diet? I’ve written an article on the best energy drinks for a diet, so do feel free to check that out.

To give you a quick look into what’s inside a can of G Fuel Energy Drink, I’ve listed down all of the ingredients below:

You’ll be pleased to know that G Fuel Cans are marketed as being sugar-free and thus contain no sugar within the product.

While the lack of sugar means that G Fuel cans can’t give you that typical sugar-filled energy boost, you’re also not likely to experience a sugar ‘crash‘ (tiredness and fatigue) later on due to a drop in blood sugar.

As always, you shouldn’t have too much sugar in your diet. The AHA recommends a daily sugar limit of no more than 25g for women and 36g for men.

So even if you don’t need to watch the sugar content in G Fuel, make sure you’re eating a balanced diet still to stay within the recommended sugar limit.

Speaking of sugar, you might notice the ingredient Maltodextrin present in a G Fuel Can. Simply put, it’s an additive that is used as both a thickening agent and a preservative.

Maltodextrin is said to add a ‘dietarily insignificant amount of sugar’ in the fine print, which is true, as maltodextrin is almost always used in fairly small quantities.

However, Maltodextrin does rank quite high on the Glycemic Index (GI) scale and can cause a spike in blood sugar (higher than regular table sugar).

Although it is generally safe in small doses, if you happen to be diabetic, you might want to steer clear or consult a specialist before trying G Fuel cans due to the possible blood sugar spike.

If you’re looking for energy drinks that are suitable for diabetics, I’ve got just the article right here.

While absent of sugar, G Fuel cans do contain zero-calorie sweeteners— Sucralose and Acesulfame Potassium, which are up to 200 to 700 times the sweetness of sugar without the calorie cost.

Advertised as Purecaf, the caffeine in G Fuel works the same as any caffeine, giving you a boost in alertness and making you feel less tired as long as it’s in your system.

For a quick run-through of caffeine and what it does, take a look at this video below:

With 300mg per 16 fl.oz can, G Fuel ranks itself amongst some of the strongest energy drinks on the market, and isn’t exactly a drink for you if you’re caffeine-sensitive.

On the other hand, having a large amount of caffeine, a can of G Fuel is certain to keep you going for quite some time.

Just try not to have it anytime south of the late evening, as caffeine can last quite a while in your system before it breaks down, so it could even hinder your sleep if you’re not careful.

The FDA generally approves a caffeine intake limit of no more than 400mg per day. Any more than that might lead to side effects such as:

Caffeine metabolism also plays a factor in how likely you are to suffer a caffeine overdose.

G Fuel has a lot of caffeine, and I personally prefer somewhere between 50 to 100mg of caffeine per serving, so it’s a bit strong for my liking.

While G Fuel might be great for those hardened caffeine users, you might want to switch to something milder if you don’t have such a high tolerance or if you start to feel jittery.

This is just my opinion, but I think that Gfuel cans contain 300mg of caffeine to compete against the hugely popular Bang and Reign brands.

If you’re wondering what the difference is between Reign and Bang, I’ve covered everything you need to know in this other article.

Potassium Beta-Hydroxybutyrate is a ketone present in G Fuel that is advertised as a low-carb form of energy, able to increase energy and cognitive function while decreasing your appetite.

While it sounds great, there hasn’t been any sufficient evidence on if this compound actually works, and there are no detailed research papers on the subject either.

Tyrosine is an amino acid often found in protein supplements and can provide quite a few benefits, such as increased memory and thinking skills under stress and helping to prevent sleep deprivation.

B-Vitamins and Vitamin C are pretty useful to the body (noted here and here). G Fuel cans have a sensible vitamin count that isn’t over the top like some other energy drinks.

What Happens if I Drink Too Many G Fuel Cans?

While drinking a can of G Fuel can be beneficial to both your reactive memory and attention span, too many can lead to some pretty negative consequences, something that’s even mentioned on the warning label on the can itself:

While you won’t have to worry about the effects of excessive sugar for G Fuel cans, the high amount of caffeine can turn you into a jittery mess if you have one too many cans.

Constantly drinking G Fuel may also reduce its effectiveness in the long-run, as you may begin to develop a caffeine tolerance (meaning you’ll need more to achieve the same effect) and possibly dependency.

But as long as you only drink a can of G Fuel cans when you need it, you should be just fine.

How Many G Fuel Cans Can I Have a Day?

I personally recommend that you only have one 16 fl.oz can of G Fuel per day, as the caffeine content is quite high.

As stated earlier, although it has no calories or sugar, G Fuel cans have 300mg of caffeine in them, which is getting very close to the FDA’s recommended daily limit of 400mg.

While you may be fine with having one can (although maybe not for the caffeine-sensitive), two cans will definitely put you over the daily caffeine limit, causing some notable issues, turning all that energy into anxiety.

So my advice is to stick with only one can a day, and if you’re still debating on whether to add G Fuel cans to your diet, it may be best to ask your doctor.

Are G Fuel Cans Bad for Your Health?

As long as you live a relatively healthy lifestyle and have them in moderation, G Fuel cans shouldn’t negatively affect your health.

Energy drinks such as G Fuel are meant to do specific things. If you need to get work done and power through the night, a can of G Fuel is probably a good bet.

Of course, G Fuel cans work best when you have them occasionally; it’s quite possible to have too much of a good thing, especially when it comes to caffeinated beverages.

As always, moderation is key to getting the most out of your energy drinks. Just keep track of how many G Fuel cans you have over time, and you’ll be perfectly fine.

There are plenty of unique and interesting flavors of G Fuel cans available, so here’s a quick selection that might interest you:

If you’re looking for other energy drinks that are similar to G Fuel, here’s a quick list to get you started:

There are also some great powdered options for you to consider, including the original powdered version of G Fuel:

Sure, G Fuel cans may be popular, but here’s an energy drink that’s even better in my opinion.

As a bonus, you can get REIZE shipped straight to your door for only about $1 per drink.

Try REIZE today and you might just find that it’s a smarter choice than Gfuel.