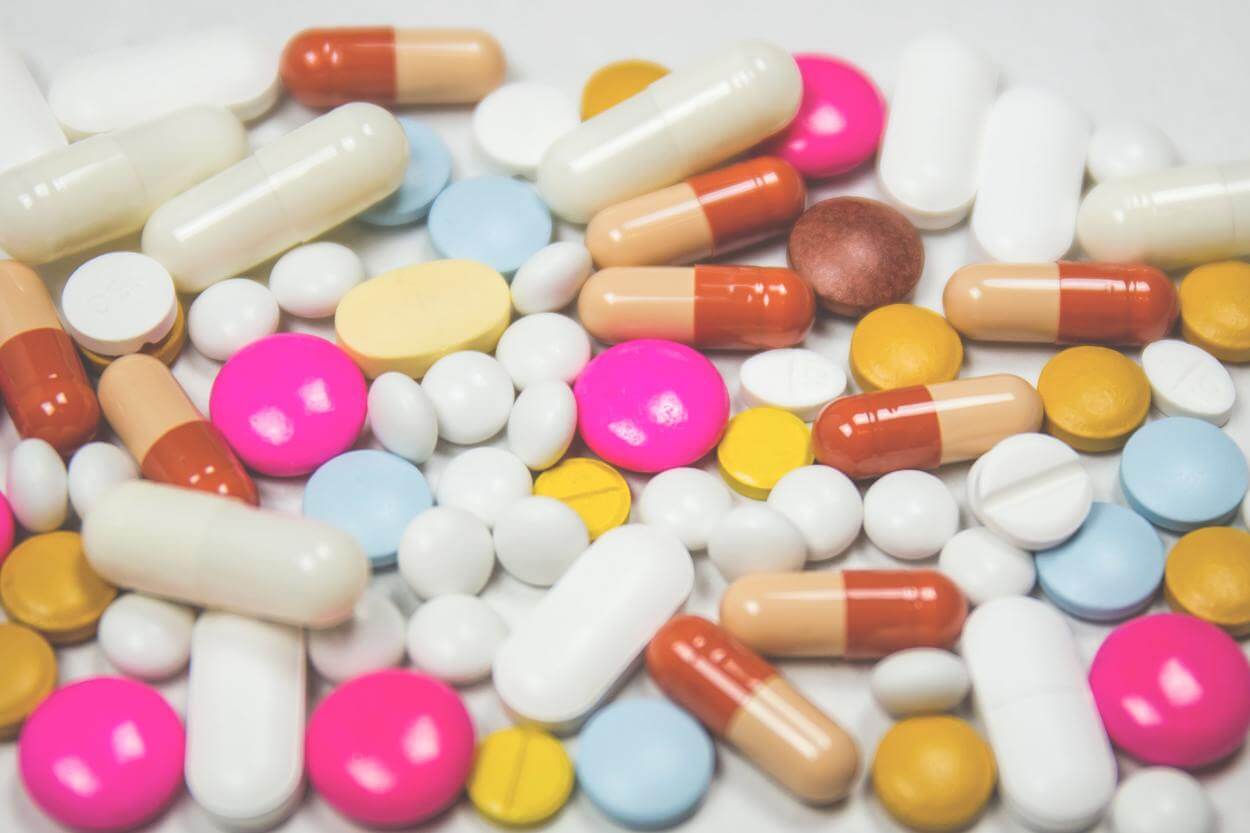 When it comes to getting a quick boost of energy, energy drinks come to mind; they’re convenient, tasty, and deliver all kinds of benefits. They’ve become a constant in our daily lives, and can easily be seen in local stores and supermarkets.

Of course, while energy drinks certainly have their advantages, they can easily become addictive, which leads to the question: are energy drinks actually a gateway drug?

Quick answer: Energy drinks can become addictive due to their caffeine and sugar content, which could even lead to substance abuse. That is why it’s important to moderate your energy drink intake.

For a more detailed discussion, read on to learn more about the addictive effects of caffeine, their long-term side effects, and how to beat an energy drink addiction.

Are Energy Drinks Considered A Drug?

Energy drinks are not considered a drug, though the ingredients in them can lead to addiction and substance abuse.

Now, energy drinks mainly work through one ingredient: caffeine. Caffeine is considered a drug due to its ability to stimulate the central nervous system, giving you a temporary energy boost as well as increased alertness.

While caffeine can be naturally found in certain plants like coffee beans and tea leaves, it can be produced artificially. It’s often added to foods and products like coffee, tea, chocolate, sodas, and over-the-counter medications.

If you ever felt grumpy for missing your morning cup of coffee, you can understand how addictive caffeine can be, especially if it’s part of your daily life.

In the case of energy drinks, these beverages usually contain large amounts of caffeine, which leads to a high risk of addiction and dependence if consumption isn’t moderated properly.

As such, it can be pretty easy to lose track of the number of energy drinks can you have per day when you’re eager to shake off the fatigue and feel more refreshed.

Plus, energy drinks also contain high levels of sugar, which is a very addictive ingredient.

A study reported that sugar could trigger the release of opioids and dopamine, a brain chemical associated with happiness, thus potentially having an addictive effect.

While it’s perfectly fine to have sugar every now and then since it can boost your mood temporarily, having too much within a short time can lead to some serious health problems and addiction in the long run.

In short, energy drinks are not considered drugs, but the ingredients in these beverages are very addictive and can eventually lead to dependence and other adverse effects.

How Addictive Are Energy Drinks?

Energy drinks can be pretty addictive due to its caffeine and sugar content.

While energy drinks are beneficial in improving energy levels, physical performance, and cognition, it’s associated with several health concerns, one of which is addiction and dependence.

Now, energy drink addiction considerably less serious than food and drug addictions, but it does cause similar behaviors, which are:

Energy drink addiction is usually caused by their ingredients, mainly caffeine, sugar, and for some people, artificial sweeteners. These ingredients can cause the release of high amounts of dopamine from your brain, which makes you feel good after consuming them.

That said, the more you consume energy drinks, the less dopamine will be released as you would have built up a tolerance to those ingredients. As such, this will lead to an increase in your intake to continue experiencing that dopamine response, leading to dependence.

In certain cases, some people might feel like they’re unable to perform daily tasks without having an energy drink, and this also can lead to dependence eventually.

Hence, you must take care to monitor your energy drink intake, as well as your consumption of other caffeinated beverages. Try not to depend on energy drinks alone, and switch with drinks like water and juice within the day.

If you want to find out on how to quit energy drinks, I’ll be explaining more on that in the later sections below.

Is It Safe To Consume Energy Drinks Day To Day?

It’s quite safe to drink energy drinks every day, provided you moderate your intake.

As with most of the food and drinks we have every day, energy drinks are best consumed in moderation.

Plus, energy drinks contain substances like caffeine and sugar, which, while beneficial, can cause negative effects in excessive amounts.

For caffeine, the FDA recommends a daily limit of up to 400mg for healthy adults. Anything else than that, and you may wind up with unpleasant impacts, for example,

Of course, the amount of caffeine you would need in a day depends on your caffeine metabolism and how sensitive you are to caffeine.

As such, be sure to moderate your caffeine intake to a tolerable personal limit, and try not to have too many energy drinks in a day.

As for sugar, the AHA advises a maximum intake of 25g and 36g for women and men respectively. A diet fairly high in sugar can lead to serious health issues like:

Furthermore, you’re also more likely to experience a sugar crash from a high sugar intake, which leaves you feeling tired and sluggish.

If you’re wondering how energy drinks compare to other caffeinated beverages in terms of caffeine content, here’s a comparison below:

For more information on the caffeine content of other beverages, check out this article covered by MayoClinic.

What Are The Long-Term Effects Of Energy Drinks?

Energy drinks can cause serious long-term effects when consumed in excess. The potential major health effects of energy drinks include:

Considering that energy drinks contain various ingredients, it’s no surprise that lead to serious negative effects in the future, which is why it’s important to make sure to monitor and limit your energy drink consumption.

For more information on how energy drinks can affect your body, check out the video below:

Energy drinks are often associated with substance abuse, which still baffle many researchers.

While they’re still quite uncertain as to how energy drinks can lead to addictions, though it’s been noted that the ingredients in these beverages are the main culprits. Energy drinks are loaded with caffeine and sugar, which can mimic the effects of certain drugs.

Plus, as energy drinks are readily available, it can easily fuel an indulgence among adults and even minors.

It’s also been reported that college students who heavily consume energy drinks are more likely to abuse alcohol and drugs when they’re older compared to those who decreased or stopped their consumption.

There’s another worrying trend among adolescents and young adults as well that involves mixing alcohol with caffeine. This deadly combination helps to mask the sedative effects of alcohol, making you less aware of how much you’ve drunk.

The caffeine content of energy drinks combats the drowsiness effect of alcohol, leading to the consumer being ‘wide awake drunk’, which could lead to an excessive intake of alcohol without realizing it.

Having a mix of caffeine and alcohol can lead to some negative effects, which include heart palpitations, insomnia, and agitation; a lowered inhibition from this combination can also cause you to do risky activities.

The dangers of mixing alcohol with caffeine are even acknowledged by the CDC and advise against doing it. But, the responsibility of making sure that energy drinks aren’t mixed with caffeine falls on you.

While the effects of alcohol and caffeine can be intoxicating, it isn’t worth it as you could end up with serious negative effects.

How Do You Stop Drinking Energy Drinks?

There are two ways you can break an energy drink addiction, which is quitting cold turkey or reducing your intake slowly.

Quitting cold turkey involves halting your energy intake all at once, though it might cause you to develop withdrawal symptoms like headaches, fatigue, and difficulty concentrating. That said, you might recover faster from your addiction compared to reducing your consumption.

As for reducing your energy drink intake, it’ll take longer for you to recover from your addiction, but you won’t experience any withdrawals afterward.

Both methods have their own advantages and disadvantages, thus you should go for one that suits your lifestyle and routine.

You can also fight an energy drink addiction by replacing your energy drinks with other healthier beverages like coffee, tea, fresh juice, and water.

Learning to manage your energy drink addiction would be really beneficial to your health in the long run, but if you’re having trouble moderating your intake, you should seek out a professional.

An Energy Drink To Consider

REIZE is a powdered energy drink that comes in light and convenient 4g sachets. With a sensible 50mg of caffeine, REIZE is also sugar-free and has only 11 calories per serving. As REIZE has moderate caffeine content, you can easily manage your caffeine and calorie intake with this drink.

Plus, REIZE is packed with loads of beneficial ingredients such as taurine, ginseng, and B vitamins that work together to provide you with the perfect energy boost without the dreadful sugar crashes.

The best part is that REIZE ships to your doorstep for only $1 per sachet, which is amazing value for money.

So give REIZE a try, and you might find it to be a great pick-me-up for your everyday needs.